Éire Óg’s county u16 final is commemorated 41 years on 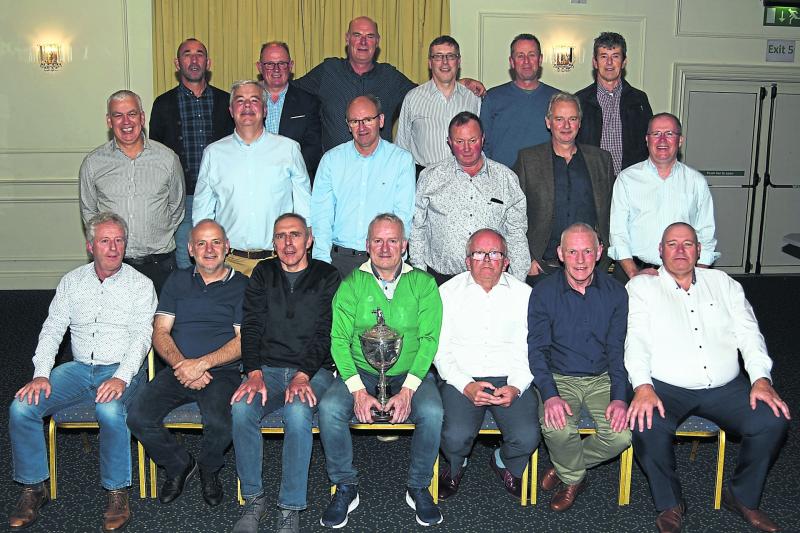 Originally to be held in 2020 to coincide with the 40th anniversary the dreaded pandemic scuppered their plans.
So, twelve months later and 41 years on, they finally got together.

Due to a clash with his father’s 90th birthday celebrations, the trainer of the team, Colm Browne, was unable to attend. Determined to mark his contribution to the success a delegation travelled to Portlaoise on Saturday morning and made a presentation to him.

Back to Templemore and the squad assembled in the Arms for a meal and a chance to reminisce on their great achievement.
The story itself was remarkable as they were well beaten by Moyne Templetuohy in the first round of the mid championship before regrouping with victories over Dúrlas Óg and Moycarkey.

Moyne again provided the opposition in the Mid Final but there was no mistake second time around as the boys won easily.
Clonmel had proven a thorn in their side in the previous couple of years but they trounced them by sixteen points in the county semi-final to qualify for the final against Cashel.

Sport is a great social outlet where friendships and memories are made for ever. Sure isn’t that what life is all about.
Well done to those who made both reunions happen.