Thurles retailers frustrated by ‘lack of communication’ over road works 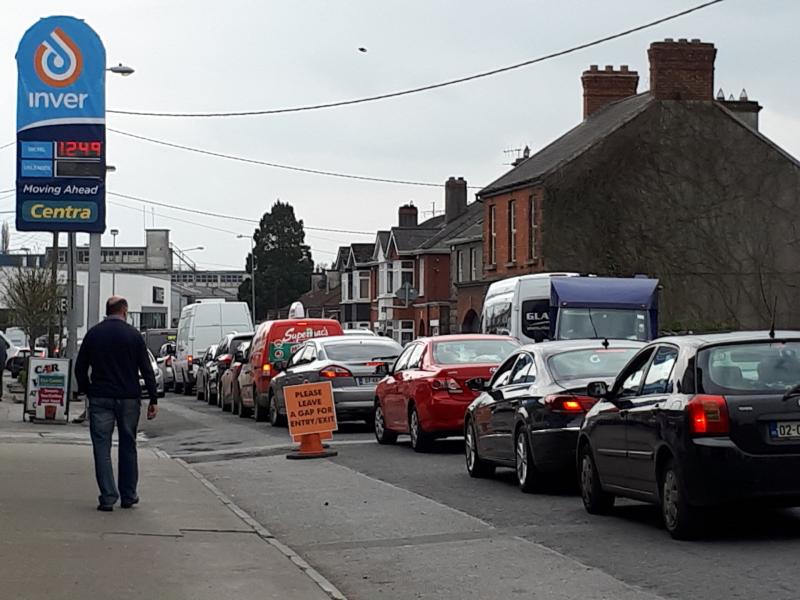 Traffic comes to a standstill on Slievenamon road

Retailers in Thurles have hit out over a ‘lack of communication’ between business owners and Tipperary County Council in relation to ongoing road works in the town.

Several Thurles businesses told the Tipperary Star they have seen up to a 30 percent drop in trade since construction works began on April 3 at Slievenamon Road with many reporting they are yet to hear from the council.

“There was no consideration given to businesses,” says Thurles Shopping Centre Manager Cyril Burke, who says the first many heard about the works was through social media.

“The shopping centre pays one of the biggest rates in the town yet there was zero communication between businesses and the council. We found out on Facebook, social media and second hand sources when work would begin.”

Mr Burke claims that the shopping centre, which counts 24 retailers including anchor store Dunnes, has seen a drop in footfall hitting “double digits” since work began.

“I stood in front of the shopping centre today and no one could get in or out. There should be someone on the roundabout full time ensuring traffic is flowing. If a lorry stops at the roundabout traffic comes to a standstill.”

“The whole town is affected and there are a lot of retailers in jeopardy as it is following Storm Emma and lost days from the snow and now this. Trade has dropped for everyone. We’ve taken steps to advertise telling people we’re open as normal and apologising for delays but we’re clutching at straws.”

“It’s crazy stuff and incredibly frustrating that no one told us when the works were beginning,” he adds. Thurles butcher Denis O'Reilly of Premier Meats says his business, which employs eight staff, has also taken a significant hit over the last two weeks, adding that traffic management should be a priority for the council.

“There were no meetings between the businesses and the council as far as I’m aware. These works won’t be finished till sometime in May and already people are saying they will avoid the town if they can until the road is finished. There needs to be a suitable traffic management system in place.”

“If we had been told when work would begin we could have organised holidays or made allowances but we’ve seen a 33 percent drop in trade since work began and it’s ten times harder for us as we carry a lot of fresh ranges that don’t have a long shelf life,” he adds.

Meanwhile Ronan and Cathal Ely at Ely's Centra store, The Mall, Thurles also say they had to erect their own signs notifying people to leave space for customers entering and exiting the shop yard.

“We found out on Facebook when the road works were starting and then we had to put up our own signs so customers could get into the yard. We know the road has to be done and we’re glad it’s being upgraded but it should have been handled differently. The roundabout should be handled better and we should have been informed by the council when work would begin and how long it would last,” they said.

Similar concerns are also echoed by shop owners elsewhere in the town, with many businesses reporting a significant drop in trade coinciding with the works.

Arch Bar and restaurant owner Pat Hayes estimates that trade in his adjoining deli restaurant is down up to 40 percent since the repair works began.

“People are avoiding the town. They’re not coming into Thurles ‘ad hoc’ like they would before. Look out onto the square and there’s loads of parking spaces available - that never happens. There’s definitely a concern that if people are continually put off coming to the town they’ll get comfortable somewhere else,” he says.