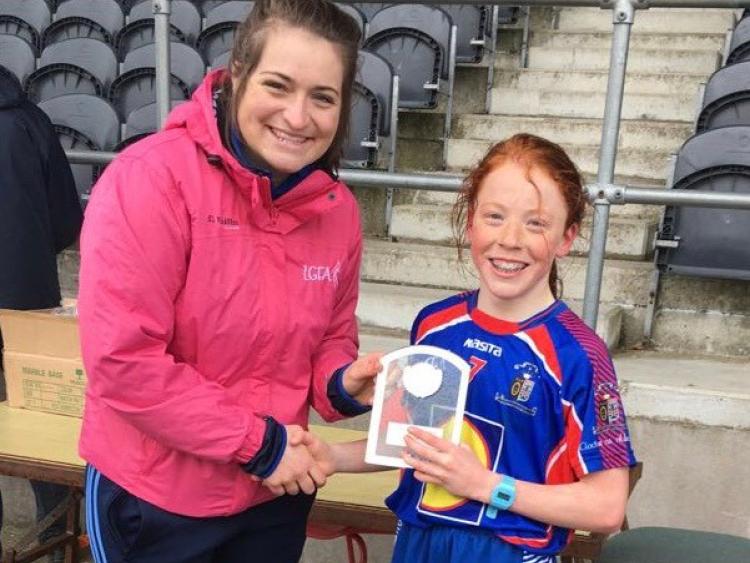 Congratulations to the First Year Gaelic Footballers from Ursuline Secondary School Thurles who were crowned Munster B Champions at a blitz in Mallow last week. They travelled to the Complex on May 2 to compete in the Munster Schools First Year Blitz.

With over forty schools competing the standard of football was very high. Ursuline A won their first match comprehensively against Carrigaline with standout performances from Kate Ryan and Elaine Frawley in the backs and Grace Murtagh in midfield. In the next match UCT lost narrowly to Youghal having failed to convert a lot of chances set up by Anna Duggan and Anna McCartan.

In the semi-final, against Milltown from Clare, the girls were up against it and the score line at the end of full time was all square, 1-1 a piece. During extra time both defensive lines were superb and the game remained a draw. The game went to kicks. Milltown missed the first kick and Ursuline sent up Clodagh Morris, who had been outstanding all day. She duly obliged by pointing over the black spot.

Milltown and Ursuline both missed their second kick. Milltown scored their third kick but Ann McDonnell sent the Thurles side into the final when she stepped up the mark. In the final, against Mercy Mounthawk there was only a point between the sides at half time. Ursuline started the second half brightly and within a few minutes Emma McCabe had hit the back of the net twice. The First Year team was delighted with their win of 3-3 to 1-1. This is a great achievement for them and builds on the success of winning the Munster ‘A’ last year.