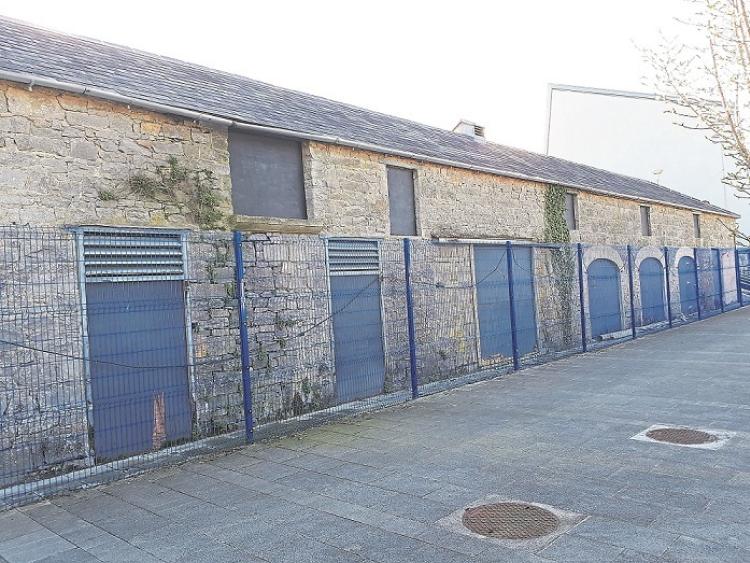 An agreement reached with MIC St Patrick's College, Thurles has paved the way for a future move of the Thurles Farmers Market to the old farm buildings adjoining Thurles Town Park, we can reveal this week.
The farm buildings (pictured right) require some work to be undertaken before they can be occupied by the Farmers Market, but a sum of €10,000 has been provided from the council coffers to do work this year - it is expected than a concrete floor will be included to make it easier for the operation of the facility as a market.
Templemore Thurles District Manager, Mr Matt Shortt, welcomed the move and was lavish in his praise for the authorities of MIC St Patricks College, who have come on board and given permission for direct access to their extensive car parking facilities.
“This is a magnificent gesture by MIC St Patricks College, headed up by Dr Finn O'Murchu, who have come on board thanks to the work of Cllr Seamus Hanafin. This has the potential to transform the area totally and by bringing the farmers market back to the town centre, I think it will be a major boost to everyone. The parking facilities adjacent to the market will be a major help and I can see this being a win win for everyone. The buildings are not yet fit for use, but we will be putting in the basics first of all and we'll take it from there then,” said Mr Shortt who added that water, sewerage and electricity facilities would have to be considered.
Cllr Hanafin said that he was delighted that the plan is working out and he looked forward to a time when the market would be up and running and people could enjoy the facilities being provided.
“This is a great idea and I feel it will be a great addition with the town park right next door and now parking as well. It couldn't have worked out better in my opinion,” he said.
Ind. Cllr Jim Ryan also welcomed the news and said that the parking facilities are badly needed in the area. He was also delighted to see a move for the farmers market in the coming months to the town centre location.