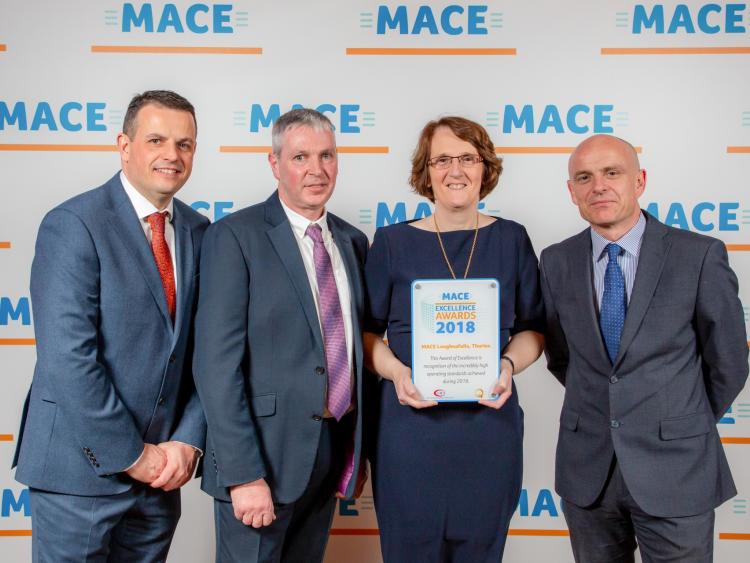 Drohan’s MACE Loughnafulla, Thurles, were honoured at the recent MACE Excellence Awards for achieving exceptional standards in retailing, which was held in the Heritage Hotel and Spa in Killenard in Co Laois, and hosted by BWG Foods, owners and operators of the MACE brand.

The MACE Excellence Awards, held in association with the Excellence Ireland Quality Association, are only awarded to MACE stores that pass an intensive year-long inspection, including unannounced audits and visits from mystery shoppers.

Congratulating the winners, Daniel O’Connell, MACE Sales Director, said: “The MACE Excellence Awards recognise those who, through their commitment to outstanding retail standards and customer service, continue to set the benchmark for the brand and marketplace overall. Increasingly high standards are undoubtedly contributing to the continued success of MACE.

I want to congratulate Walter and Monica Drohan and their team at Drohan’s MACE loughnafulla, Thurles. Their efforts have been truly outstanding.”