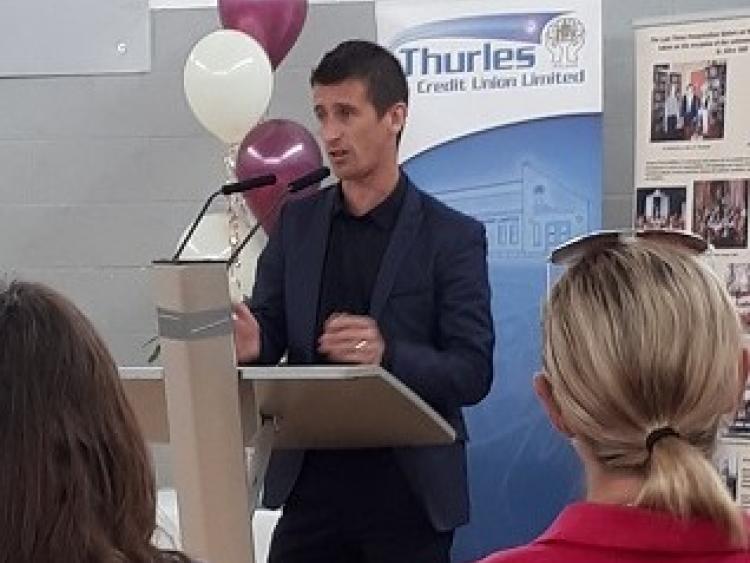 World champion and Olympian race walker Rob Heffernan was the toast of Thurles this afternoon when he visited the Presentation Secondary School to attend the inaugural end of year awards.

The packed Sports Complex has hosted many events down through the years, but this was a first and this very special  event went down a real treat amongst pupils, staff members, guests and parents.

And, Corkman Rob told the students that as far as he was concerned, determination and commitment were as important as talent when it comes to achieving success. Speaking of how he was told that he was too small to gain a scholarship to the US, and too small to be a plasterer, Rob outlined his determination to get better and better despite the many knocks he suffered throughout his career.

"You want to be better for your second Olympics, and then your third, and then your fourth, and your fifth. That's the nature of it and you must be determined to improve all the time. If you have the determination, it's as important as the talent. There's a lot of misery out there in life, but's all about how you cope with it, get on with it and go again," he said.

The awards evening saw a multiplicity of honours handed out to school teams, individual sports, players of the year, Green Schools committee, the Student Council, and awards for creativity, performing arts, scientific endeavour and music. There were also student peer awards, senior subject awards across the eighteen subjects, and Junior Cert awards.

The event was co-ordinated by Ms Sinead Glascott while MC was Deputy Principal Patricia O'Callaghan. Principal Marie Collins acknowledged the huge work which went into making the awards such a success, but added that without the students there would be no need for awards.

"We are thrilled to acknowledge the hard work commitment and talent of you, our students, and eventhough you might not be an award winner this time round, everyone deserves enormous credit for what you have achieved," the Principal said.