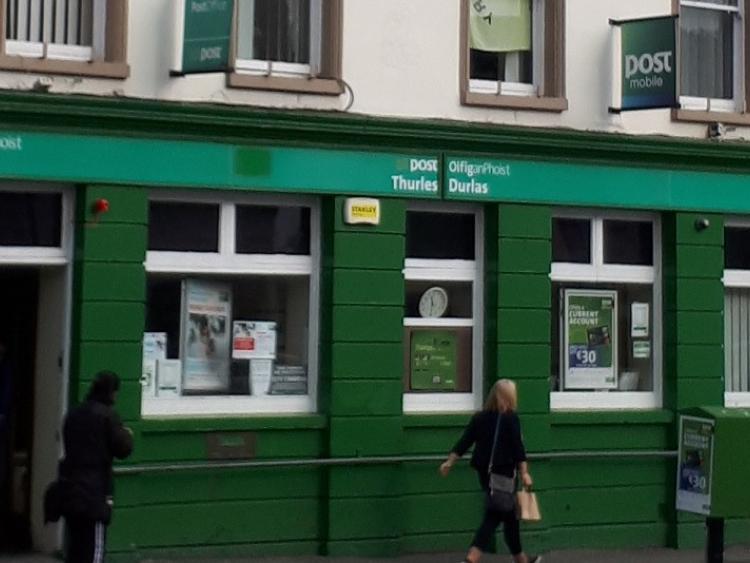 It's the end of an era in Thurles, but the dawn of a new one as Thurles Post Office will close its doors at Liberty Square on Saturday, with the new Post Office to open in Thurles Shopping Centre on Monday morning at 9:00am.

After much controversy, demonstration and anger, the building on Liberty Square will be vacated with the staff relocating to Thurles Shopping Centre where a brand new unit has been occupied and fit out to cater for the needs of a modern post office.

The move has not gone down well in Thurles though, despite An Post saying that the old building was no longer fit for purpose - the SOS (Save Our Square) group have stated this week that they are very disappointed and saddened that the building in Liberty Square, which has been the post office for many generations is now finished.

"This relocation of the Post Office from its Liberty Square premises to a unit in the Shopping Centre  has caused a huge amount of stress, anger and sadness to so many town centre business owners, customers of An Post and the general public of Thurles and its surrounds. We, as a committee, did everything that was possible to stop this relocation but to our disbelief the top management of An Post just would not listen to our views and were not for turning or offering any compromises," said Cllr Jim Ryan, Chairman of the group. 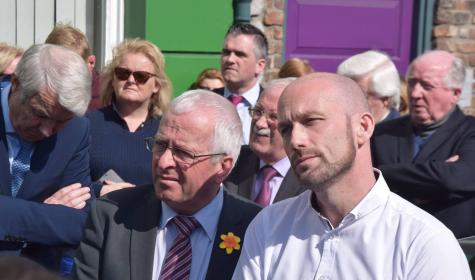 He continued:"From the time that the news broke earlier this year it was very obvious and clear that there was a huge swell of support to stop the relocation and following on from a public meeting that was held in Hayes Hotel, an action committee was formed and for the following weeks and indeed months we as a committee put in a huge amount of time, energy and effort into trying to stop the move. We organised a petition securing thousands of signatures, held a massive public rally, met with the CEO of An Post in Dublin and met with various officials and politicians, but alas to no avail.

However, the committee leveled criticism at the Minister for Communications, Richard Bruton for washing his hands of the matter and not intervening. "He showed no interest in helping us. His outright silence on this issue was a huge let down to us.

"As a committee we are extremely concerned of the negative impact that this relocation will have on the existing business’s around the centre of Thurles. However we will not be going away and we have decided to continue on as a lobby group for the town in trying to bring about real change to Thurles. We will bring forward ideas and plans to the various relevant authorities including Tipperary County Council, Enterprise Ireland Failte Ireland, and the IDA. We want a more positive outlook for Thurles and while there is projects like the Regeneration of Liberty Square happening, we will be looking at other ways to positively promote our town through engagement with agencies that can bring investment into Thurles.

"We would like to thank everyone who took part in our Stop the Move campaign over the last number of months and especially to all those who helped out in so many ways. To the people of Thurles we want to assure you all that despite this set back we will continue to work on your behalf in trying to promote Thurles in conjunction with all the relevant authorities to ensure the future prospects of our town," Cllr Ryan said.