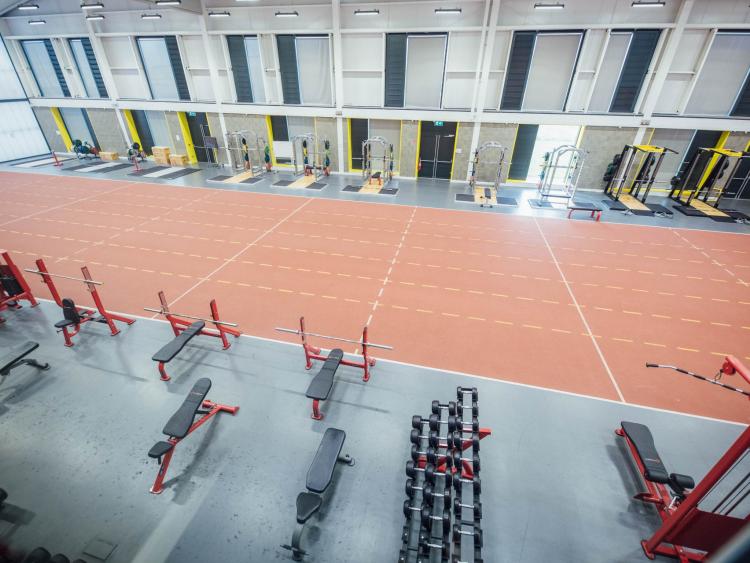 Funding of €562,554 has been provided to develop detailed plans for the construction of the €18.7 million Regional Sports Campus Thurles in County Tipperary.

The project to be developed on LIT's Thurles campus is one of just seven projects out of 38 applicants to receive funding from the Regional Sports Stream 1 Large Scale Sport Infrastructure Fund.

President of LIT Vincent Cunnane says the funding is "very important" in bringing the Regional Sports Campus to the next stage of development.

“The Regional Sports Campus is a collaborative development between Tipperary County Council, Tennis Ireland, Tipperary County Board and LIT. It is an excellent example of regional partners working together to provide sport facilities that will be beneficial locally, regionally, nationally and internationally," he says.

The new regional sports facilities will compliment LIT’s Sports Lab, which is used as a teaching and research space for sports-related academic programmes, as well as a facility that is heavily utilised by both local teams and elite athletes.

Tipperary County Council executive Joe MacGrath says the new Thurles development will incorporate a mixture of international standard facilities, which will be available to local, regional and national athletes and teams.

“This will be a multi-sport centre of excellence with community access here in Thurles, recognising the strong sporting heritage of the town and the region. There is currently no integrated development of this nature and scale in the catchment area capable of accommodating a wide variety of sports and providing a link between sports science and performance.

“The Thurles Regional Sports Campus will provide a step change in terms of sport and public facilities for the region and indeed nationally. It will include the largest indoor clay court tennis facility in Ireland outside Dublin, which will incorporate six indoor clay courts and two outdoor courts, as well as both 4G and sand-carpet floodlit pitches, a spectator stand, running trail, a building providing office space, meeting and treatment rooms, and an extension to the state-of the-art LIT strength and conditioning facility.

“This facility has the capacity to bring great social and economic benefit to the town and the county, and I look forward to working with the various project partners and other stakeholders to bring this project to fruition," Mr. MacGrath adds.

Tipperary GAA County Board secretary Tim Floyd says it is appropriate that this state-of-the-art sports campus is to find a home in the town where the GAA itself was founded. "It will provide a first-class grounds for local teams, as well as being a centre of excellence for our inter county GAA players. It will also kick-start the first-ever full-size all-weather pitch in County Tipperary, which is long over due," Mr. Floyd adds.

Tennis Ireland chief executive Richard Fahey says developments of this nature are critical in supporting participation and for developing the next generation of Irish tennis players, who can compete at the highest levels of the sport. "The fact that it will be integrated within the existing LIT strength and conditioning facility and other on-site resources will bring immense added value to the project and the sport of tennis. This project was submitted with the full backing of Tennis Ireland, which shows our commitment to the development of the sport in all parts of the country," Mr. Fahey says.

Speaking on behalf of Thurles Tennis Club, PRO Peter Broderick warmly welcomes the announcement. "This is a major step on the road to providing a world-class tennis facility for Thurles, Munster and the region in general, in association with Tennis Ireland and its Munster Council whose wholehearted support I wish to recognise," he adds.