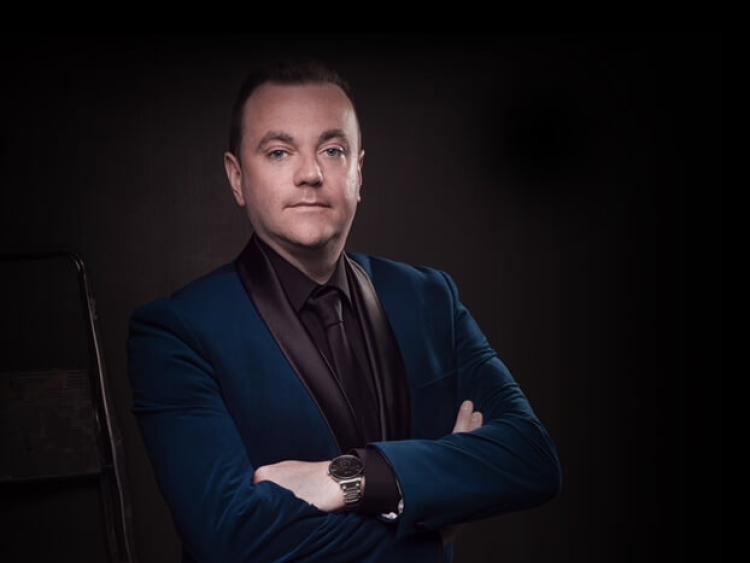 Patrick Feeney will play in Thurles on Sunday

"Gospel songs suit my voice. I love to sing gospel and I began to sing more and more gospel over the last four or five years" - Patrick Fenney.

Tickets for the Patrick Feeney Gospel Concert Tour in Bohernanave Church, Thurles on Sunday evening next, are still available.

This concert, the proceeds of which will go towards the Cathedral of the Assumption re-roofing project, is one of a number of events planned by the parish to help with the costs associated with the major works to be undertaken in order to preserve and maintain the integrity of the iconic cathedral which has been at the focal point of faith formation and practice for many many generations.

The Cathedral of the Assumption was restored magnificently a decade and a half ago, but at the time, the roof did not need replacing. However, the time has now come to tend to this part of the structure and a number of concerts have already been staged to help with the costs - The Three Priests and Phil Coulter have already graced the Cathedral Town and Patrick Feeney is next on the agenda when he comes to Bohernavave on Sunday.

Patrick's phenomenal success, especially over the past few years, is summed up in three words from the title of his first album, back in 2003 – that title says it’s all… Thanks to You.
Its 15 years since the then teenager released that debut album, and while he has recorded countless songs since, he still lives by the motto that it’s thanks to you, the fans, that he is such a success today.

This week, he spoke about his excitement at coming to perform in St Joseph's and St Brigid's Bohernanave Church - under the shadow of Semple Stadium - and he revealed he will bring some of his most successful numbers to the audience.
“Gospel songs suit my voice. I love to sing gospel and I began to sing more and more gospel over the last four or five years. I'm not overly religious but I believe in the man above and I believe in every single song which I sing and the words I sing. I listen to gospel songs all the time when I travel and I really love gospel music,” he said.

As one third of the very successful Three Amigos group, alongside Jimmy Buckley and Robert Mizzell as well as having his own solo career, from an early age, Patrick was destined to sing and the influence of his father who was in a band, and who had a real liking for country music, was huge on his career. Among his country influences are Glen Campbell and Marty Robbins to name but two - he cites Glen Campbell as being the one artist he would love to have performed with.
He also namechecks Declan Nerney, Mick Flavin, Margo, Philomena Begley and Daniel O'Donnell as being big influences and artists who helped him out when he started out on the road.

Patrick's tour started last year and it changed his career really. It has taken him all over and will conclude in Tipperary where he will perform most of his music from The Holy City Gospel.
Patrick and his band have their own unique take on very popular numbers such as Bring Him Home, I'll Fly Away, How Great Thou Art, Song for Bernadette, St Therese of the Roses and You Raise Me Up, to name just a few.
He points to the reaction his performances of The Holy City receives as being very uplifting and extremely pleasing while he cites a performance in the Knock

Basilica when the relics of St Therese arrived there, as being so memorable.
“I have recorded ten albums over my career and The Holy City is my favourite song of all. The reaction it has received has been unbelievable, but the atmosphere in the Basilica was just so special. It was so so memorable,” he said.
On the traditional Irish music side of his show, Patrick cites his visit to Ellis Island a few years ago as giving him a more profound understanding of the impact of emigration on almost every Irish family. That trip helped him perform ‘Isle of Hope’ with greater passion and enables him to paint very realistic sound pictures about emigration every time he sings the song.
Patrick Feeney is sure to get a big reception when he comes to the intimate setting of St Joseph's and St Brigid's Bohernanave Church on Sunday evening - it will indeed be a unique event, so make sure to get your tickets in plenty of time.
Tickets for the concert, which kicks off at 8:00pm, are available from the Parish Office, in Cathedral Street, Thurles, 0504 22229 or at Bookworm, Liberty Square, Thurles, 0504 22257. Ticket donation is €25. Doors open at 7:00pm.

So make sure to get along and enjoy a unique experience in a very unique setting.