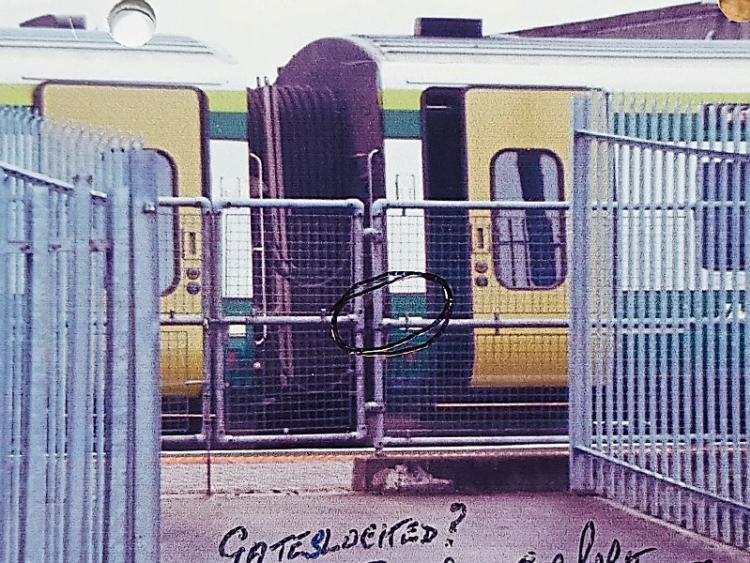 Toilets close at 5.45pm each day now as staff come under pressure to deal with problems

Thurles Railway Station staff have been left with no option but to close the toilet doors after 5:45pm each day, due to anti-social behaviour, which has escalated in recent times, culminating with the assault of an employee.

This disturbing development comes hot on the heels of a number of arrests and searches by members of An Garda Siochana of people coming into, and leaving, Thurles Railway Station, with drugs and drugs paraphanalia on their person.

“It is going on all the time now and employees are afraid for their own safety and that of the general public,” said one official.
Thurles Railway Station is not alone with this problem - it is a common one throughout the country but the hope is that it can be stamped out with the assistance of the Gardai who have increased the frequency of their visits.

On a normal day, 33 trains stop at Thurles Railway Station - on Sunday's this increases to 36. This gives plenty of scope for those who wish to cause havoc and officials are constantly on the alert for people who are under the influence of drugs arriving at the station and causing difficulties. Needles, drugs and other items have been found in the toilet areas, leaving the staff with no option but to lock the doors.

“We don't want to be doing this but we don't have a choice. We cannot have this activity going on here, and people are afraid to use the facilities when they see what is going on. It has gotten very serious now and because there is no security, we are relying on the Gardai to come when they are called. We are delighted that they have undertaken to do spotchecks on a more regular basis, because we see what is happening here all the time, and it is the same people who are causing the problems most of the time,” another official said.

The booking office closes at Thurles Railway Station at 5:45pm and from now on, so too with the toilets.