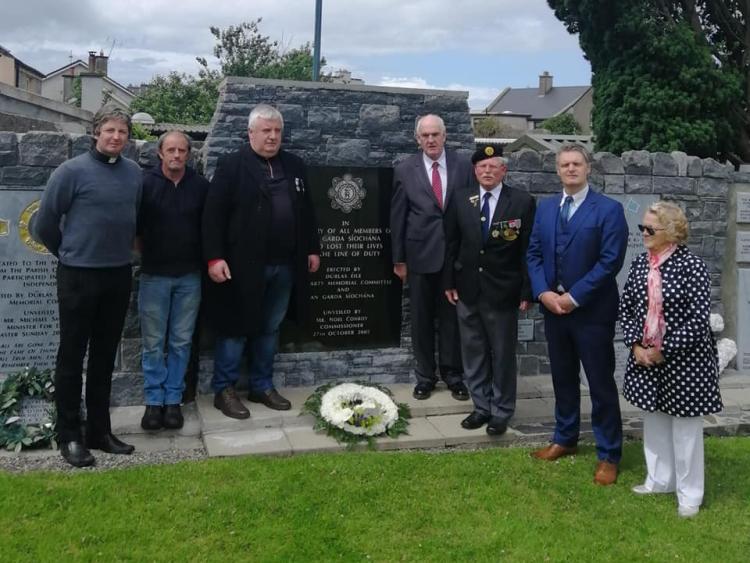 Councillor Jim Ryan thanked John Wort for organising the ceremony at short notice and extended his sympathy to the Horkan family and friends and to his colleagues in An Garda Siochana.

Councillor Ryan said it was fitting that a ceremony for Garda Horkan was taking place here in St Mary's International Garden of Remembrance at the Garda Memorial dedicated to all 89 members of An Garda Siochana who died in the line of duty back to the foundation of the State.

Mr Guy Jones, President of the Irish Lebanese Cultural Foundation extended his sympathy to the Horkan family also and praised all members of An Garda Siochana for the great work that they do keeping people safe. Their dedication to their duty is making Ireland a safer place to live and to bring up children, he said.

Mr Jones commended the committee for the wonderful work carried out in St Mary's International Garden of Remembrance- a very special place to remember with dignity, all who have served and died in the line of duty at home and overseas.

A wreath was then laid at the Garda Memorial by Mr Willie Ryan ,retired Garda and Mr John Wort, Chairman of the Memorial Committee also a member of the Fr James Gilmore Branch of O.N.E Dublin. One minute of silence was the observed followed by the playing of the Last Post Revile and the National Anthem. The National flag was raised by Mr John Wort . “On behalf of the committee I would like to extend our condolence to the Horkan family, his relatives and friends, his colleagues in An Garda Siochana and in the G.A.A.” Mr Wort said.

Due to the short notice of the oganising of the ceremony, apologies were received from: An Garda Siochana; Mr Michael Casey Fellow of the Irish State; Mr. Jackie Cahill TD; Mr Domnic Moore.