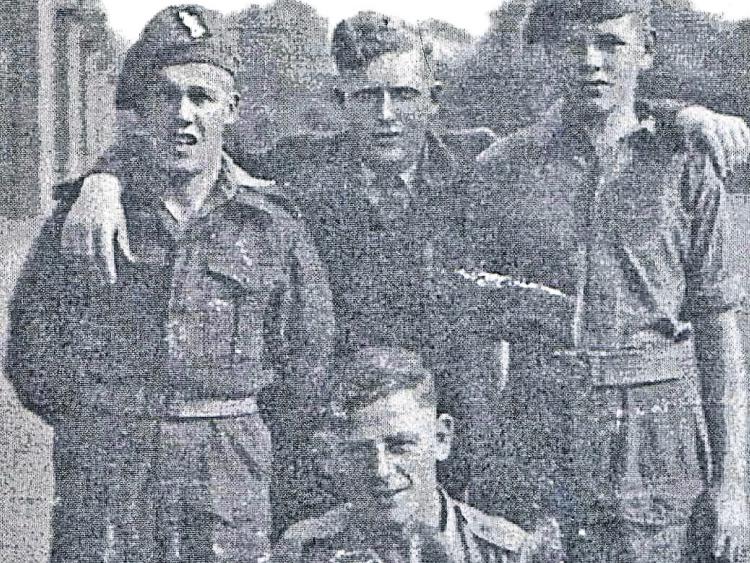 This year marks the 70th anniversary of the starting of the United Nations mandated Korean War.

While Ireland was not a member of the United Nations at the time, many Irish men fought with the US and Commonwealth Forces. On Sunday August 9 at 12 noon a ceremony will take place in St. Marys Garden of Remembrance to pay tribute to the Irish men who fought in the Korean War.

A special tribute will be paid to two Thurles men who took part in the Korean War - Patrick ‘Kinger’ Maher who was taken as a prisoner of war and also Con Gouldsborough who was killed in action.

The Tipperary Star followed the events in detail from Korea and in October 1953 reported on the passing of Con Gouldsborough - Kinger Maher and an English Soldier came upon Gouldsborough lying on the ground with nine or ten bullet wounds in his leg. They stopped even under enemy fire at the risk of their own safety, to attend to their comrade. They ripped off the leg of his trousers and his boots and were endeavouring to staunch the blood from his wound when captured themselves.

For three years Kinger Maher remained a prisoner of the reds. Con was the brother of well known Tipperary hurler Henry who won an All Ireland with Tipperary in 1945 - before leaving Thurles, Con had won a name for himself as a hurler of outstanding ability and was very popular’

On the commemoration day there will be a wreath laying ceremony and background details will be provided by historians on the Irish contribution to the Korean War. This event is being arranged by local historian Patrick Loughnane and Tommy Barrett who is a second cousin of Kinger Maher and grand-nephew of Con Gouldsborough.

Tommy Barrett discusses this event ‘ I am really looking forward to this event on Sunday, I think it is important that we do not forget our history and pass on these stories to future generations. This is really a poignant event for my family, we are humbled to have the opportunity to pay tribute to Con and Kinger and their contribution to the Korean War. We extend an invitation to the people of Thurles to attend this event”.