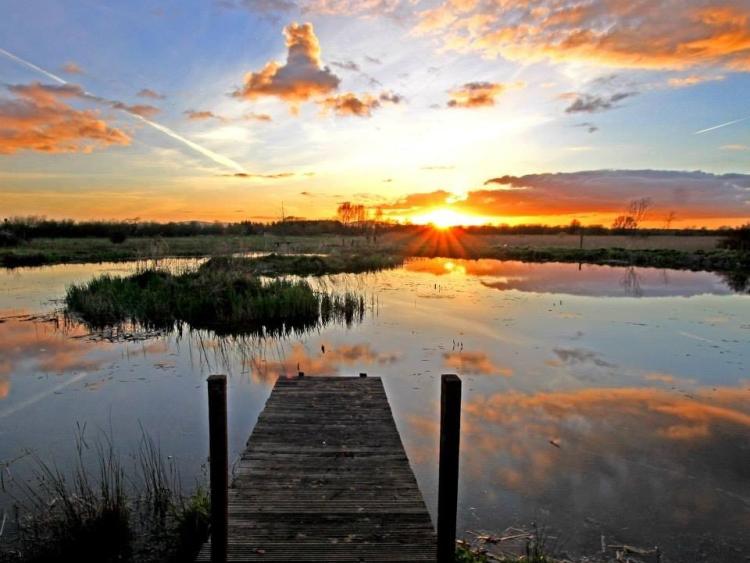 The remarkable story of the eel starts and finishes deep in the Atlantic ocean.

In the pitch black darkness under a new moon of a late August night, one hundred years ago, they huddled beneath the old mill wall in their dark overcoats and hobnailed boots.

At a time before electric light, an odd puff of a pipe outlined a rugged weather beaten face and then was gone. Their low sparse conversation dwelt on the turbulent events of these momentous days. One marveled at the miracles at Templemore; another offered his own theory on the bleeding statues; while they all smiled as they they recalled the effrontery of the Croke Street trader who sought to recreate her own valuable version of “The Saint”, Jimmy Walshe for the passing pilgrims.

Burnings and reprisals were discussed at length. At least one member of the group was a member of the local armed unit involved in the attempted burning of local barracks and the recent shooting of Richard Lumley as he emerged from Cardiff’s wake house on Holycross Bridge had angered and appalled them.

There was wise counsel too against the escalation of murder and reprisal which seemed to have fallen on deaf ears. However, on this dark night at Touhy’s weir at Cabragh, the sole focus was on a practice and custom that had been passed on since the making of the first willow fish trap in the Irish Mesolithic and the visible remains of the work of the Cistercian monks at Holycross in the construction of a weir and fish pass on the southern side of the bridge.

This amalgam of natural science, the study of the patterns of nature and a deep knowledge of the river that flowed past their doors throughout their lives led them to this place to haul their bounty from the river on the only possible night of the year-these men were hauling eels for distribution to the top class restaurants in Paris and across Europe.

Today, although the old mill still stands, nobody hauls eels at Tuohy’s weir, a weir that is itself superfluous and bypassed by arterial drainage and in that time of constancy and minimal change, they would have been stunned to know that today, glass eel arrivals in European rivers are 5% of what they were in the 1970’s and that the only commercial eel fishery is on Lough Neagh with a much reduced output.

The remarkable story of the eel starts and finishes deep in the Atlantic ocean -what comes in between remains to some extent a mystery. Adult eels spawn in the deep water of the Sargasso Sea, north east of the Caribbean and then die. The tiny larvae that hatch from the eggs begin their long 3,000 mile journey to Europe. Here they move into rivers, streams and lakes to develop until some years later they are ready to leave their freshwater habitat and return to sea to breed.

The eel undergoes many transformations in its life cycle. Young eel larvae look like transparent leaves. It was not until the 1920’s that the larvae’s journey was plotted in any detail but the Gulf Stream seems to carry them over three years to Europe. Any larvae drifting too far north die.

When they reach coastal waters they stop feeding and change into elvers -miniature versions of adult eels- commonly called glass eels as they are transparent. They soon darken in colour and move upriver in winter or early spring. By the second winter in freshwater their length has trebled. They continue to grow in the years they spend in rivers etc. when they are called yellow eels as they have a yellow belly and their back is brown

.The eel undergoes another change later in life from yellow eel to silver, soft body to hard, small eyes to large and yellow belly to silver which occurs anywhere from four to ten years old. They then begin their final migration . On their way , they travel along rivers, streams, ditches, even overland on dark wet nights. They do not feed but reach their destination in the spring anytime from six to eighteen months after leaving freshwater.

We do not know how they navigate but once they reach the Sargasso Sea, they lay their eggs, fertilize them and die .No eel ever returns.

Our apologies on the cancellation of our published Heritage Week programme which was with the printers when new rules were announced but congratulations to the Heritage Officer, Róisín O Grady who hosted a magical outdoor archaeological dig for children at Cabragh on the Wednesday.