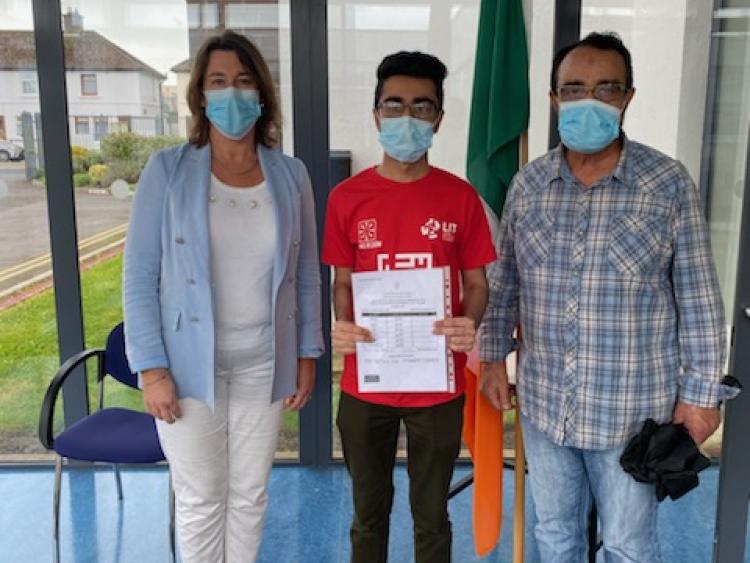 Mohammad with CBS Principal Kathryn O'Brien, and his Dad

He can now pursue his dream of studying dentistry

There is great rejoicing in Thurles and in Thurles CBS Secondary School following the news that Muhammad Aqeel has had a decision to deny him residency overturned and he can now remain in Ireland to undertake his dream course in dentistry in UCC.

A statement from Thurles CBS said that entire school community is thrilled with the news. " Muhammad worked so hard throughout his time in school and all teachers could not speak highly enough of him. His work ethic, his manners, and the respect he showed to everyone in the school are a credit to him and his family.

"Muhammad repeated his Leaving Cert to achieve Dentistry. He has overcome many obstacles that most of us could hardly manage as adults. We are so proud of his achievements and wish him well in all future endeavours. The school was a much better place for having Muhammad as a student and the country is a much better place for having him here.
"We often talk about our pupils being “CBS Boys” and what we mean by it. Muhammad Aqeel is definitely one and a role model we will hold up for other students to aspire to for many years to come. Thanks to everyone that helped Muhammad through this incredibly tough time. There was huge community support and so many people worked away quietly behind the scenes to ensure the correct outcome."

Deputy Michael Lowry confirmed the news late last night having spoken to Justice Minister Helen McEntee on numerous occasions about the situation. Aqeel and his family arrived in Ireland in September 2015 and he began his education in the C.B.S. Secondary School in Thurles almost immediately.

"This young man is an expectational student and was awarded “Science Student of the Year 2019” at the school Annual Awards Night. He completed his Leaving Certificate in 2020 and achieved an impressive 613 points, which led to an offer to study Dentistry in UCC. However, despite his hard work and his outstanding academic achievements, Aqeel was heartbroken on 23rd September when he received a refusal letter from the Department of Justice in relation to his Visa application to remain in Ireland," Deputy Lowry said. 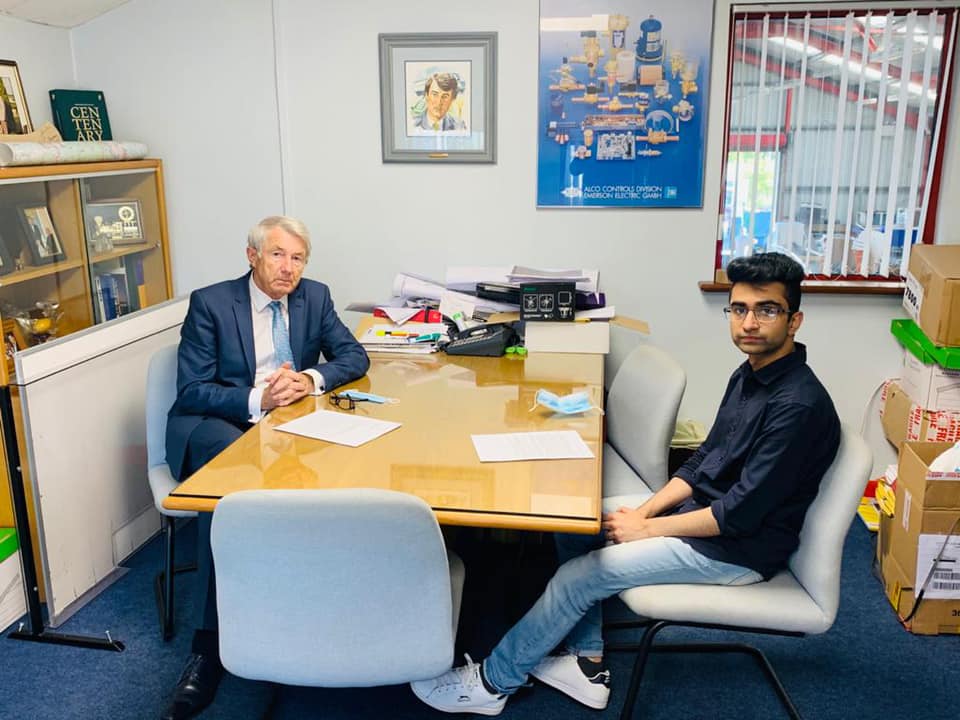 Mohammad pictured with Deputy Michael Lowry in his office

"Despite this, and many other obstacles he had encountered along the way, Aqeel never lost hope in his dream to study Dentistry. However without the appropriate permission to remain in Ireland, it would have been impossible for Aqeel to progress his chosen career. Aqeel considers himself Irish and did not wish to lose sight of his dream to qualify as a Dentist in Ireland.  He contacted me for help.  It was clear that he longed to obtain the appropriate permission to remain in Ireland and continue his studies. I am pleased to have been in a position to help this intelligent and diligent young man who has so much to offer this country and I wish him every possible success for the future," Deputy Lowry said.

Deputy Jackie Cahill also described the news as being "brilliant."

“I am delighted today to hear from Muhammad Aqeel that he has been granted Leave to Remain in Ireland. I have been working with Muhammad and his family for over three years now on this issue. It was a slow process, and at times we did not always get the news we wanted, but finally all the hard work, representations and phone calls have paid off.

“His father, Rafaqat Ali is a good friend of mine and was a great canvasser during the last General Election. He is a true gentleman. They are a really lovely family and I know they are all extremely proud of the young man Muhammad has become. Minister McEntee’s office were particularly helpful in this long process. We have had weekly phone calls with Muhammad and Minister McEntee’s Private Secretary for the best part of two months now. Every Saturday Muhammad and his dad called into my Thurles clinic to keep this process moving one step at a time.

“It has taken a lot of patience and faith on Muhammad’s behalf to get to this stage, and he has shown he has a excellent head on his shoulders the entire way through. I know Irish society will be exceptionally well served by this young man for many years to come. He will be a brilliant addition to any community when he commences practice as a dentist.  We met a few hiccups along the way, but Muhammad and his family can be very glad tonight that after this long process, Muhammad is now in a position to follow his passion and study for a career in dentistry.

“This is absolutely brilliant news to receive after a long, hard battle," Deputy Cahill concluded.