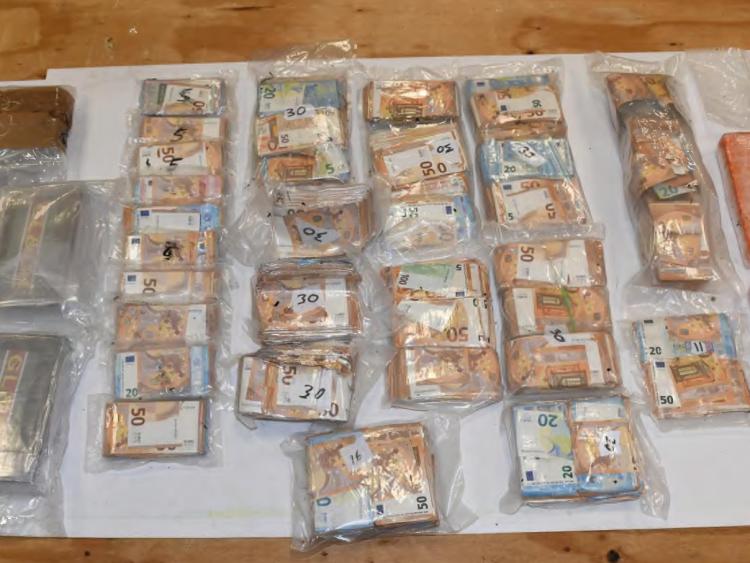 The drugs and cash seized in Kilcommon by Gardai

Gardaí have arrested a man and seized over €1 million of suspected drugs and cash in Thurles, Co Tipperary.

Shortly after 10pm last evening (Friday) Gardaí from the Tipperary Divisional Drugs Unit, supported by uniform and armed Gardaí from the southern region, carried out a search of a field in the Kilcommon area of Thurles.

A man, aged in his late 40s, was arrested at the scene and is currently detained at Templemore Garda Station under Section 2 of the Criminal Justice (Drug Trafficking) Act, 1996.

The investigation forms part of an ongoing operation which is targeting the sale and supply of drugs in Co. Tipperary.