A moment in time at Cabragh Wetlands 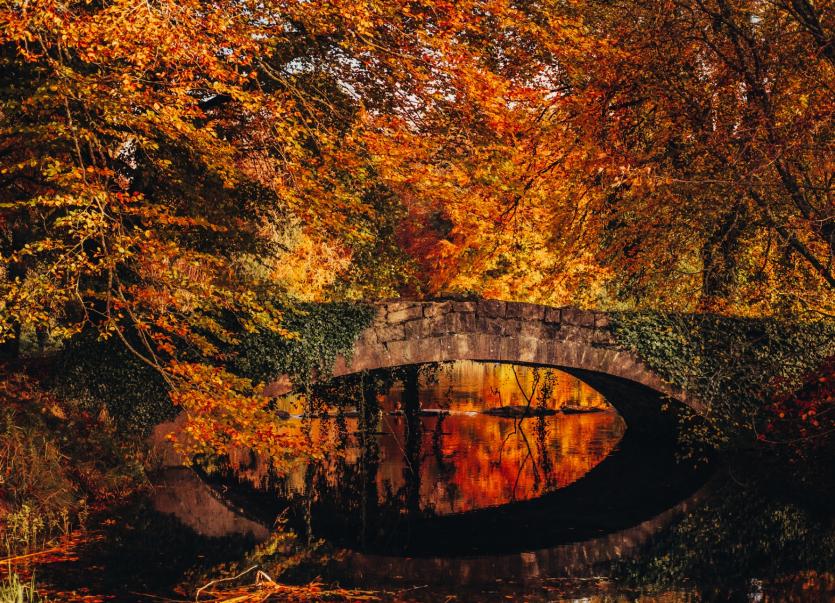 Although this is reputedly a quiet and uninteresting time in Irish nature, there was something about the quality of the light and the dying colour of the year that arrests the attention

The bright sunny weather of last week brought more and more people to Cabragh - some walked from Thurles, others cycled while plenty of cars parked at the centre - all within the level 5 guidelines.

Although this is reputedly a quiet and uninteresting time in Irish nature, there was something about the quality of the light and the dying colour of the year that arrested my attention. The long walks are becoming sodden and impassable but around the ponds and the Cosmic Walk, the splashes of colour give us a real lift.

Set against the buff background of the ever stretching reed beds, the white bark of the silver birch stands out but it is really the myriad blobs of yellow, so characteristic of this tree, as if some child had covered an entire canvas with fingerprints dipped in gold that stand out. Many trees have already lost their leaves and it is the skeletal alders and willows that dominate the pond areas. The spindle leaves have long since fallen into the pond but the clusters of flowers on each branch have now turned a deep red.

This morning, the blue pond makes a perfect background. Gazing towards the Suir on the flooded lands that you have made possible through the Adopt-a-plot scheme, the never to be forgotten sound of the curlew wafts across the reeds as a large flock of lapwing rise, displaying the slow motion underside of their beating wings. I can make out quite a number of mute swans floating on the water.

On these flooded fields there are about five hundred birds while the open water at Fertiana is left entirely to the mallard. The meadow in front of the centre that gave us so much colour throughout the year has been mown but the seeds are in the earth ready to renew our enjoyment in the spring.

A recent report has identified many habitats at Cabragh that have remained fairly stable while others have been disturbed by grazing, either too much or at the wrong time of the year. There are areas that are poached to the absolute limit and need to be managed for more diversity and good healthy robust bird populations. We need to take a look at the reedbeds and introduce a mosaic approach.

One great help would be a much more systematic system of biodiversity recording. It would be wonderful if we had volunteers to submit sitings which would surely hit cold weather peaks and increase the attractiveness of the site and its conservation value. Similarly with butterflies, damselflies, moths and bats. Is not this work for biodiversity and conservation the type of work that is so appealing to all the young citizen scientists, the followers of Greta and almost every young person who are far more clued in to the potential of wetlands in the Irish landscape.

At Cabragh Wetlands, please feel welcome to join us on a huge variety of jobs all year round.
A sawing noise from the hide jogged many memories. The founders from an earlier generation would be delighted to see the progress that has been made. In the early days it was generally left to the men! Tom Grace brought a lifetime’s experience of nature and business to the table. There was an engineer’s eye, a farmer at the interface of agriculture and wetlands, a native of Holland with an intense love of trees and nature, an absolute expert in botany and bird life, a hands on pragmatist who could solve every construction and maintenance problem and the quiet elderly men whose life experiences added so much to the initial stages of the project.

Then along came a professional entomologist, living on Fertiana Lane, who spent her time chronicling the insects of Cabragh while insisting on the correct standards of conservation for all aspects of the wetlands.

Sonn the superb administrative skills of a former secondary school teacher would play a crucial part and as the CABRAGH Wetlands Project branched out into the community, all the families, particularly the mothers, pitched in. We got co-operation from all sides. The traveller family from Cabragh Bridge followed the grazing regime. The women, drawing from a lifetime of service to traditional music, farming, I.C.A. medicine, education etc made the centre an inviting and welcoming community space. All the work by so many people seemed so worthwhile when the President of Ireland opened the refurbished centre.

Many have now gone to their eternal reward and this November, we remember them.
Don’t forget the calendars as the last posting dates are approaching.
Wash your hands, social distance, wear a mask.
Slán go fóill.