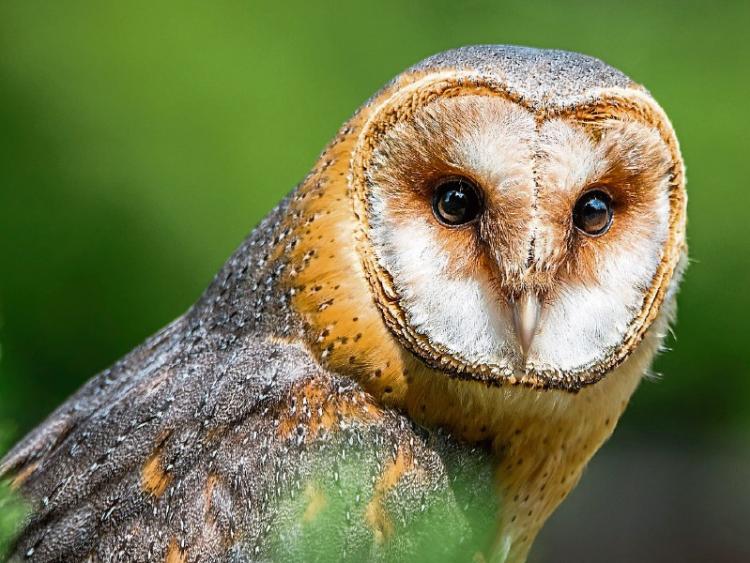 In Cabragh it is a source of quiet satisfaction that the iconic bird of these wetlands- the barn owl-has once again bred successfully last spring and summer.

Hello darkness, my old friend” -it can certainly seem pretty dark these days in every sense but yet nature will always lift us out of it.

Snowdrops are everywhere and even the newspaper headlines give us hope- “Resurgence in nature prompts hope during Covid dark days,”

In Cabragh it is a source of quiet satisfaction that the iconic bird of these wetlands- the barn owl-has once again bred successfully last spring and summer and regularly quarters the marsh as it begins the new cycle of life again giving us hope for the future.

In the depths of winter, when the survival of birds is under greatest pressure, particularly with regard to food resources, one species which is itself on the northern margin of its range, comes to mind.

The bird which Chaucer associated with death and evil, “evil the bode bryngeth” or which the monks carved in stone on a column in Holycross Abbey as a permanent reminder of unto dust you shall return, has been a more or less permanent resident at Cabragh Wetlands now for quite a number of years.

Nothing gladdens the heart more than the emergence of young chicks onto the platform of the owl box in early June and the successful hatching of chicks, five in 2020.

There is so much we can write about-the work of John Lusby, the Barn Owl man and frequent visitor to Cabragh Wetlands along with local man Vinnie O Meara who has made the recording and recognition of local Barn Owl sites his life’s work. Both are very prominent in this area. In many ways the fate of the Barn Owl has become the touchstone or litmus paper of Irish nature. The Bird Atlas(2007-2011) revealed a breeding range decline of 39% over the past forty years and as a result of this decline, the Barn Owl is categorised as a Red Listed bird of Conservation Concern in Ireland, highlighting it as a conservation priority.

There are many different elements to this including surveying and monitoring, radio tracking, assessing diet through pellet analysis, the provision of specialised nest boxes, nest cameras, toxicology analysis and collating information on mortality incidents.

The southwest of the country is still an important stronghold and even though the population does face difficulties, there are many positives, particularly the enthusiasm and willingness to help conserve Barn Owls throughout the country.

Before delving into these areas, since the bird is often glimpsed with its white plumage gleaming in the evening sunshine or oncoming dusk, its undeniable charisma belies the simple truth -it is an incorrigible killer. It might look wise but its brain is so absorbed in the processing of sensory information, it is a veritable hunting machine.

All cuddly and friendly with its soft feathers, it is a deadly predator with deadly bill and talons. Its victims die quickly and in total ignorance of their fate. Death swoops in unannounced with barely a whisper and with complete finality.

There is probably no other avian raptor that can approach its prey as silently as the barn owl. Its wings are modified to reduce noise-the primary feathers have a comb like fringe while those on the trailing edge have a hair like fringe that dull the sound of turbulence while all the flight feathers have a downy surface that dampens the sound they make when they brush together.

Added to this skill set is the fact that it hunts mostly at night. Small mammals feeding in the darkness cannot see it approaching never mind hear it and so none of their senses can warn them of approaching danger.

In the coming weeks, we will discuss the Barn Owl in Cabragh and the Irish countryside . Meanwhile, let’s listen to the silence and some evening in Cabragh, you might be privileged to experience one of the great sights of the Irish natural world.