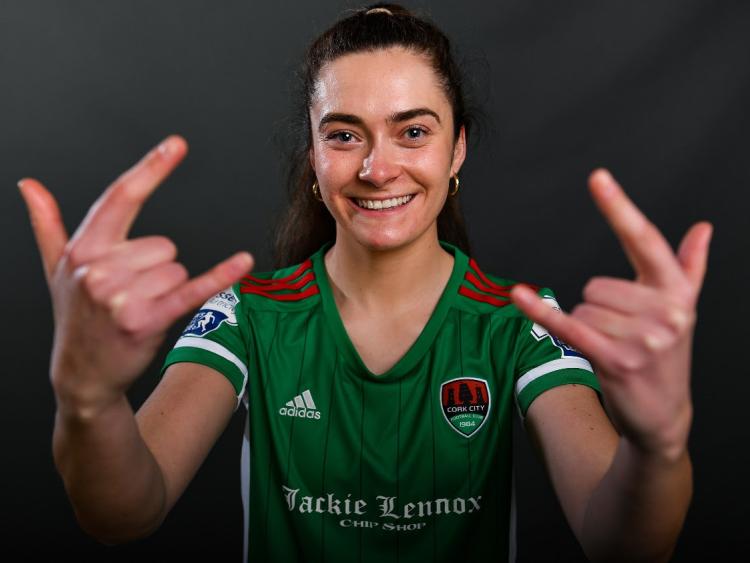 "I think the fact that Cork City men's and women's will both call Turner's Cross home shows so much women's sport has progressed in the last couple of years."

Returning home is very much a theme in Sarah McKevitt's life right now.

The Tipperary native is back where she grew up after a few years away for college, while this Saturday will see her line out for Cork City as they begin the process of seeing Turner's Cross as their new home.

WATCH EVERY WNL GAME FOR FREE ON LOITV

After a lot of work with the Munster Football Association, Cork City were able to declare that both their men's and women's teams will play home games at the same stadium. It might look like a small step to many, but it's a giant leap for the players involved.

McKevitt is a fresh face in Ronan Collins' squad having left champions Peamount United to join last year's FAI Women's Cup runners-up. And she is itching to make her mark on what will be her home debut against Shelbourne.

"I've moved back home because I'm in my final year of Primary Teaching in Maynooth University, so it made sense to be playing for a Dublin club when I was up there. But the move to Cork made sense once I decided to go back home," said McKevitt.

A former Republic of Ireland underage international, McKevitt is keen to experience the buzz of playing regularly again in the SSE Airtricity Women's National League.

Part of Peamount's star-studded squad, the tricky winger found it difficult to break into the starting XI. But this switch to Cork could be exactly what she needs at the right time.

"Playing week in, week out is what I was looking for so signing for a new club gives me that opportunity," she said.

"I bring a lot to the attacking side of play, but I have to work on the defensive side as well. The team is quite young though...I think our average age in our first game of the season away to Galway was 19.2...so I think that I bring a lot of experience in comparison to some players on the team.

"We do have some excellent players who have been with the club for a number of years now and I feel that I can add to what they bring. I'm used to winning with Peamount, so hopefully I can bring that with me to Cork."

Coming up against a Shelbourne team who are many people's favourites to lift the League trophy this year is not the daunting task that some would believe it to be, according to McKevitt, simply because each of the nine teams in the League are strong this season.

Therefore, Collins will be insisting that his players seize upon any slight advantage that can tip the momentum their way. One of those could just be the buzz of playing in Turner's Cross.

"I was actually there during the week with two of the girls to make a promotional video for the game and the pitch is in top class condition. I've played there once or twice before with Ireland and I've always loved it," she admitted.

"I think the fact that Cork City men's and women's will both call Turner's Cross home shows so much women's sport has progressed in the last couple of years. There is more of a professional feel to it...you feel that when you arrive at the gate, go into the dressing room, and then out onto the pitch.

"My parents and friends will be raring to get down for a game once it's safe to do so. In the meantime, everyone is signed up to LOITV. I've been sending out links to all of my friends to sign up. There is a lot more publicity for the League this year and LOITV has definitely added to that, so it's exciting to be part of it."

WATCH EVERY WNL GAME FOR FREE ON LOITV