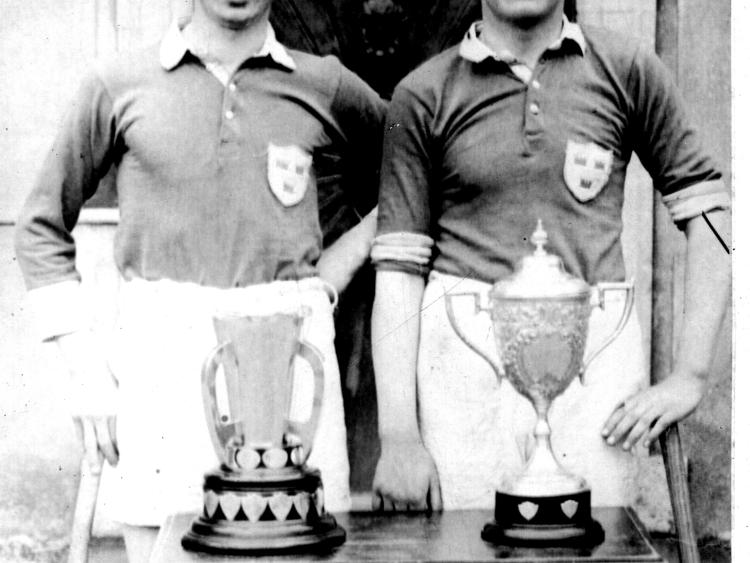 A remarkable sportsman and army man who was born in Mitchel Street, Thurles

Growing up was not always easy for the family like so many families at that time, their mother Mary died at a young age. Not long after, Con died in the Korean War and Jimmy died in a fire in England.

Henry’s father John worked for many years in Sweeneys Bakery. Henry Gouldsborough was known far and wide for his exploits on the hurling field and his career in the Irish Army. He was a talented hurler and won two Harty Cup medals with Thurles CBS in 1938 and 1939 as Captain.

He joined the Irish Army (14th Cadet Class) in 1940 and commissioned in 1941. He served with the 33rd Infantry Battalion in the Republic of the Congo. He received a United Nations Medal for his service in 1960 presented by Taoiseach Sean Lemass.
Henry’s cousin Canon Liam McNamara has fond memories of him: “Henry as a child spent many a day in Kilfithmone- he was studious and it was said that he liked the quiet and peace of the country where he could devote time to the books. His mode of transport was a bicycle at that time- Kilfithmone was about 8 miles from Thurles.”

The highlight of his hurling career was winning an All-Ireland Medal with Tipperary in 1945 with John Maher of Killinan as captain. Former Tipperary Star Columnist Culbaire remembers Henry: “My memory of him is of a strongly built and effective midfielder. To us as kids that Harty Cup team were big names and an example we did not succeed in following”. 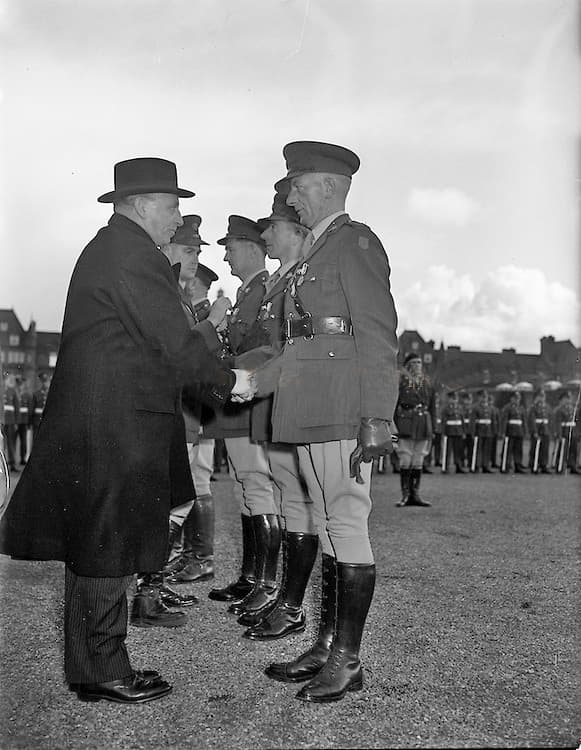 Henry lived much of his life in Cork due to his commitments with the Irish Army. In 1947 he transferred to St. Finbarr’s and won a Cork senior hurling championship medal. He also played on the Tipperary football team for many years.
Henry was also a talented basketball player and won many army titles in that sport.

Henry’s former neighbour in Mitchel Street Joe Foyle remembers Henry and his family while growing up in Thurles : “When I grew up in The Quarry in the 1940s, Henry Gouldsborough was our local hero. He had a status akin to that of a film star, an Archbishop, or a millionaire. We knew about Quarry lads who went on to be priests. But Henry was in a league of his own. We saw him in the Thurles CBS pictures of the 1938 and 1939 hurling teams that won the Harty Cup.

“My oldest brother, Patrick, was on the 1939 team that Henry captained. Our fascination with him was enhanced by the 1940s failures to win the Cup. The Gouldsborough family of boys and girls – the ‘Goosers’ we called them - lived a bit up from our house on our side of the street. Sean, Paddy and Thomas were around my age.

“We knew that their circumstances were not as comfortable as ours. That didn’t stop us from mixing with them as we did with the Careys, Burkes and Loughnanes between. Those circumstances made Henry being ‘Lieutenant Henry’ all the more fascinating. We wondered how he managed to achieve a status that was totally unique for a Quarry man, or even for a Thurles man until Tony Wall came on the scene in the 1960s. 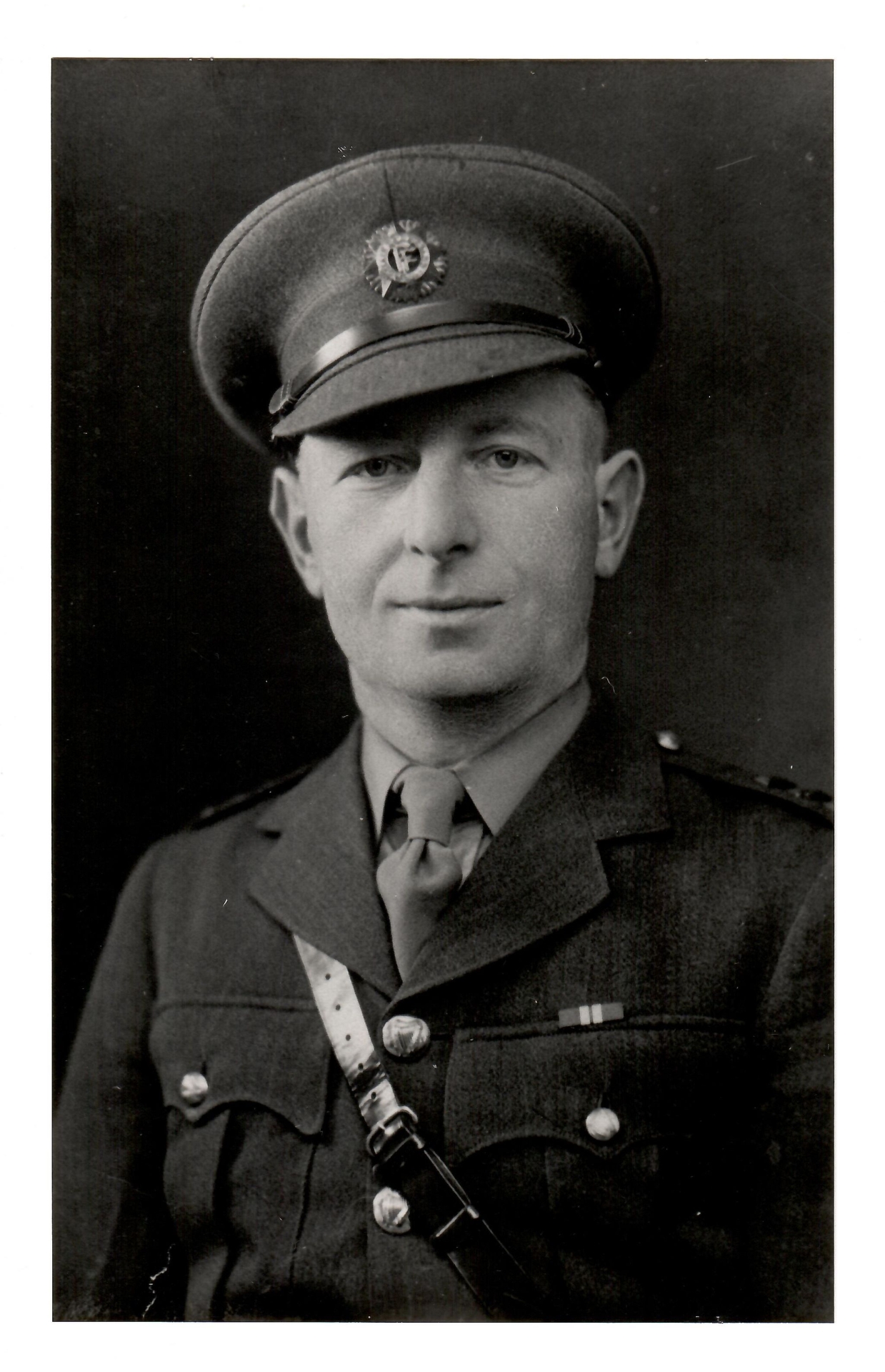 “We noticed him as the big good-looking fellow who strode, as well-drilled Army men do, past, up and down during his trips home. I remember being most impressed by him as he stood with the lads at the back during a Cathedral Mass. Arms folded, he stood erect without slouching even once during the sermon.

“We were delighted when he was on the 1945 Tipperary team that won the All-Ireland. I stopped noticing him after that. But I never heard anything nasty being said about him, so I presume that he maintained his promise in every way.”
Tommy Barrett is a grandnephew of Henry: “While I am too young to remember Henry, I have heard many stories about him growing up. He was a determined man who worked hard whether that was on the hurling field or with his career in the Irish Army.

“It is great to see the famous 1939 picture of Henry as Harty Cup captain and Dan Kinnane as Dean Ryan captain still on display as you walk into CBS Thurles, along with Henry’s winning medal that he donated to the school.”

In 1994 Henry was honoured to be chosen as the Mid Tipperary GAA Hall of Fame recipient, a special night and Henry was delighted to meet so many of his old Tipperary Comrades.

A few months after this night at the age of seventy-four he sadly passed away.

A gallant son of Tipperary, both in Tipperary and Cork Henry set an example for others to follow.

Henry and his family are very warmly remembered.