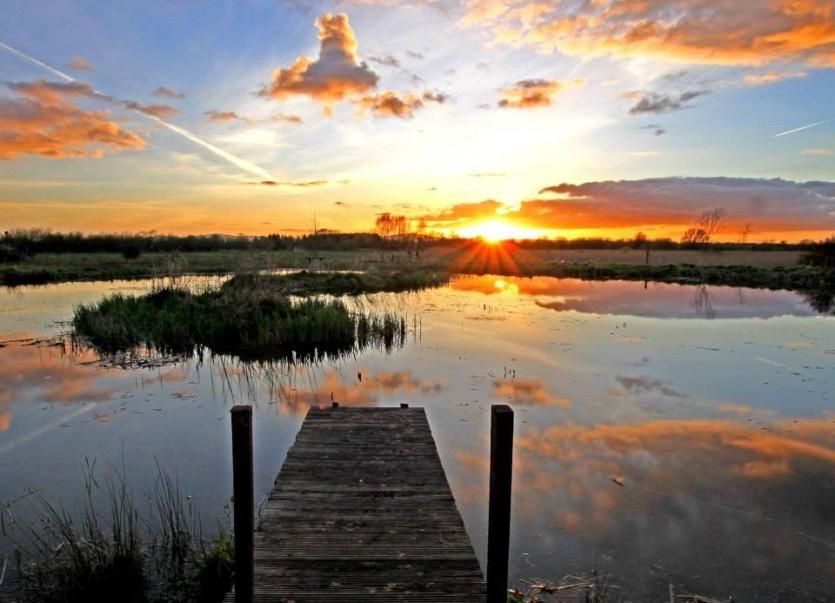 It has been my privilege to chronicle that story for the past five years following the wonderful work of Adam Tozier and the earlier work of Br. Daithí Fitzgerald of “Quiet Ways”.

Finally! I have had an umbilical relationship with Cabragh.

My family arrived here in the late 1800’s having lost the tenancy of a holding in Ballyerk, Two-Mile-Borris. Sheltering in a wood,Coill a’Chnoic, for a month or two, they wandered across the landscape until they arrived at the home of an elderly widow on the edge of a reedbed in Cabragh who kindly agreed to take them in. In gratitude , she was mentioned in the trimmings of the rosary for the next eight decades.

One of the family, Jim, became the land steward on Walsh’s farm, the site of the Sugar Factory, where he met and married Johanna Hogan, the butter maid, and they reared a large family at Cabragh. The land was poor, the bog marl just an inch or two below the surface and even if there was, as my grandfather Jim Duggan put it at the creamery at Holycross, water for a thousand cows, there was only grass for five.

In the years before piped water and water schemes, the youngest, Kitty, tripped across the bog after school each evening to Donnelly’s well while the main water supply entailed harnessing the horse and trundling down the road to Leahy’s well with a number of churns on board- today this well is a major source of water for Cabragh Wetlands.

It was the proud boast of the family that a poorly drained, waterlogged few acres, through sweat and toil, would be turned into a productive farm supplying milk and vegetables to Thurles, to places like the Fever Hospital, home of the military in the new state, Blake’s at West Gate whose grandson has single handedly built and operates one of the most modern food processing plants in Europe and grocery shops like Sheahans of Stradavoher.

The family stayed through the thick and thin of the economic war, the tidal wave of emigration of the forties and fifties and the consolidation of small farms into the ranchlike holdings of today . A Duggan still resides in the slated dwelling by the reeds and that youngest girl still comes to the Novena in Holycross each year.

I wasn’t aware of that story on that November morning in 1954 when I hopped over the low wall by the little bridge opposite the small triangle of common ground where the neighbours had erected a land league house in one day. My father and I wandered the bank, tracing the course of the river to its junction with the Suir. All those years ago, I felt it was heaven and nothing that has happened since has changed my mind although the absence of loved faces is a dark cloud in an otherwise azure sky.

If the story of these old families and communities fascinates, then the modern story of what is now known as Cabragh Wetlands is equally as enthralling. I have spent the last five years recording the awe and wonder of a series of habitats that began to develop when a little bit of tender loving care was lavished on them. The long dormant plants such as orchids, birds such as the curlew and pilibín, mammals like the otter and Irish stoat and an array of lepidoptera began to emerge.
As the surrounding fields began to reduce their diversity to a single strain of grass and the pesticide/herbicide attack decimated headland and hedgerow alike, Cabragh wetlands carved out its unique niche by essentially leaving well enough alone.

Today, threats such as a suggested major waste facility nearby overhang its continued existence. Soon bird enthusiasts began to flock and hides were constructed. Bird Watch Ireland conducted monthly research, tomorrow’s citizen scientists, the school children, arrived in droves and in a world where spirituality seemed a thing of the past, its emergence in Cabragh is marked by the Cosmic Walk.

For a place whose only claim to fame was the difficulty of extracting cattle from its drains, Cabragh Wetlands had come a long way.

Under the leadership of Tom Grace harnessing the talents of the community and the present people at the helm, Michael Long and Ciarán Lynch, Cabragh has developed the infrastructure necessary to cater for all interests while maintaining conservation as its central role.

It has been my privilege to chronicle that story for the past five years following the wonderful work of Adam Tozier and the earlier work of Br. Daithí Fitzgerald of “Quiet Ways”. My gratitude to all who have played a part in that story and to all our loyal readers. I wish Kevin Collins and the new team of scribes every success.