€995,000 for the economies of Ballingarry and Littleton

The scheme will have a “significant impact” on the Slieveardagh area in particular, due to the number of people left redundant by the Littleton peat briquette plant closure 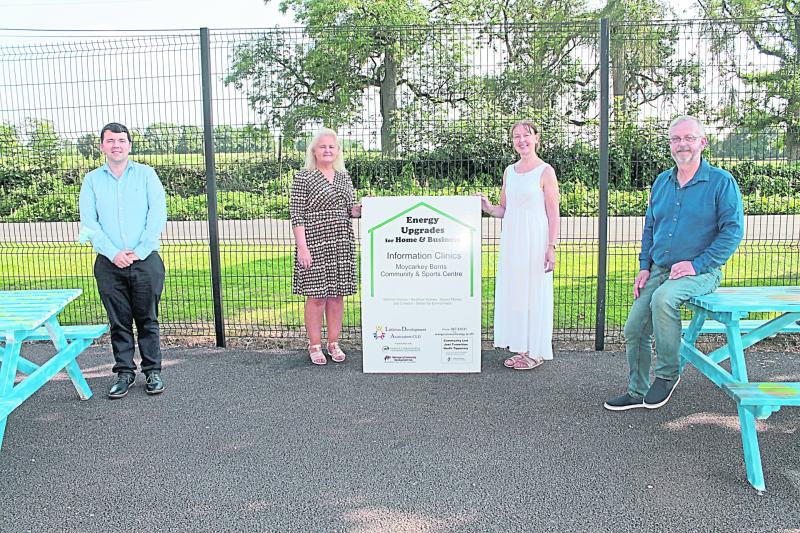 Cllr Imelda Goldsboro has been instrumental in setting up the Just Transition project in her area of Ballingarry and will aid prospective homeowners with the paperwork once applications begin to be accepted in September.

“It’s energy efficiency, it’s cost savings, it’s making our homes warmer, and in each rural area, we have a number of houses that can avail of this new service,”she says, “so it’s a win win situation for all the homeowners who are in the area. They’re going to benefit. You can see how things are changing. We’re becoming more energy efficient and energy aware.”
“So to get this funding will have substantial benefits for everybody,” added Cllr Goldsboro.

The scheme will have a “significant impact” on the Slieveardagh area in particular, due to the number of people left redundant by the Littleton peat briquette plant closure.

“They can all apply for it, and there will loads of information about it. There will be information clinics, and people can come and find out about it,” added Cllr Goldsboro.

Cllr Sean Ryan is a member of the Littleton Development Association (LDA). He says the impact of this scheme could be transformational.
“I think the wording of this is 'Just Transition' and what that means is a move away from fossil fuels to more innovative based solutions.
“It's good to see it based here in Littleton. It's a community that would have traditionally relied upon turf, and briquettes, and it's good to see houses here get the opportunity to avail of it.

“The conversation at the moment is about climate change and it's good to see that the communities in Ballingarry and the Littleton Development Association are coming together with the ECTC to do this, and it can only bring serious benefits.”
One of the projects Cllr Ryan would like come to fruition under funding from Just Transition is the 'peat way' cycle and pedestrian route, running from Killeens at Ballynonty all the way over to Templetuohy.

“We've already got funding for phase I. And there will be many more opportunities too. And that's what we want to do, is use this fund - which seven local authorities are tapping into at the moment - it's led by Offaly County Council but Tipperary has its own represenation on it as well, with Pat Slattery, the director of community and economic services,” added Cllr Ryan.

The National Just Transition Fund (JTF) is a key pillar of the government’s plan for the Midlands region.
This fund was made available in 2020 to support communities transitioning to a low carbon economy.

The focus is on retraining workers and generating sustainable employment in green enterprise across the region.
Funded projects are diverse and cover a range of opportunities for the region. They include new enterprise hubs, supporting local business development, research and exploratory studies, tourism and heritage projects.