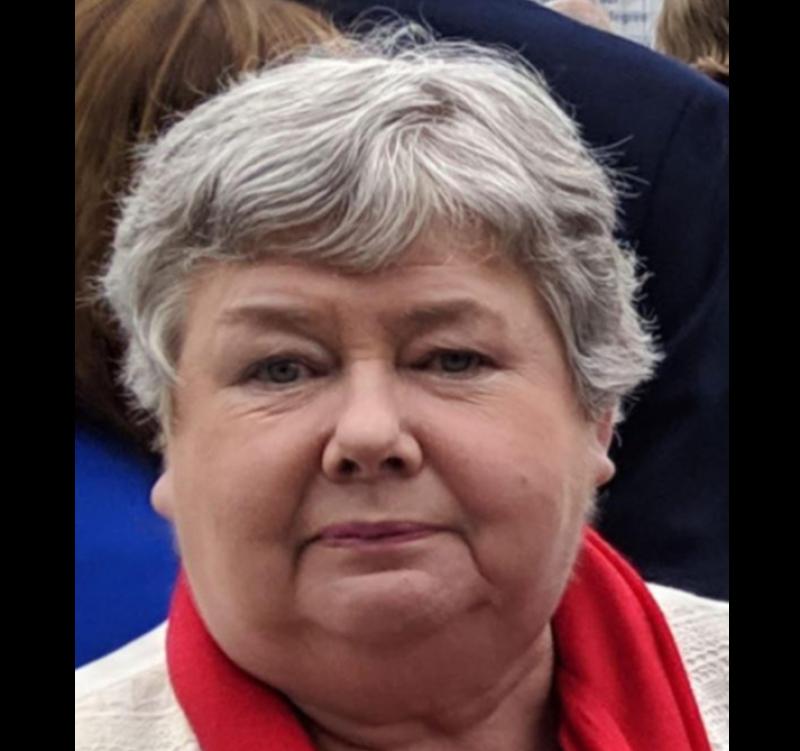 he late Catherine O'Toole who has passed away

A lady who commanded the height of respect, Catherine was very prominent in the Eason store in Thurles Shopping Centre which she ran with her husband Tom. Prior to that, they ran a very successful newsagency in Friar Street and Catherine's business acumen was vital to the success of both ventures.

Hailing from the much respected Mason family of Friar Street, Thurles, Catherine was bitten by the theatre bug and alongside many of her family, and extended family members, she took to the stage with Thurles Musical Society where she became a leading lady for many shows.

She made her first foray on stage with Thurles Musical Society as  a member of the ladies chorus in the 1967 production of The Belle of New York. And, she continued on stage, on and off, for two decades, signing off as Gabrielle in La Vie Parisienne in 1987. In between, she played many leading roles including  Mary Rutherford in Wild Violets, Tzeitel in Fiddler on the Roof,  Jill Potts in Robinson Crusoe,  Margot Bonvalet in The Desert Song, Yum Yum in The Mikado and Marianne in The New Moon. After she had departed the stage though she continued to support the work of the Society and helped out on many occasions in various capacities - her husband Tom has been helping out in Front of House for many years also.

Catherine's vocal talents were not confined to TMS and she was also a valued member of Thurles Cathedral Choir giving of her time, energy and undoubted ability to the community through the medium of the renowned choir.

She  worked alongside Tom for many years and they were great Thurles people, wonderful conversationalists and business people who were dedicated to their work and to their customers, many of whom are mourning the loss of a dear friend this weekend.

A great family lady too, Catherine was a wonderful mother to Siobhan and Deirdre and together with Tom, they delighted in their grandchildren and the extended family. She was also a very caring brother to George, Kevin and Brendan and held a special place in the hearts of the extended family members too.

Tom O'Toole was her rock throughout the years and they built a very successful business and life together. Tom will miss Catherine greatly, but will take much consolation in knowing and acknowledging how deeply respected, admired and regarded Catherine was. The many messages of condolence which have been posted on social media and other platforms reflect the level of respect in which Catherine, the Toole and the Mason families are held.

Catherine's remains will repose in Hugh Ryan's Funeral Home, Slievenamon Road, Thurles on Sunday 15th May from 4pm to 6pm. Arriving at the Cathedral of the Assumption, Thurles on Monday 16th May at 10.30am for Requiem Mass at 11am. Burial afterwards in St Patrick's Cemetery, Thurles. The Mass can be viewed at www.thurlesparish.

Thurles has lost a leading lady; a leading business woman; a woman of substance.