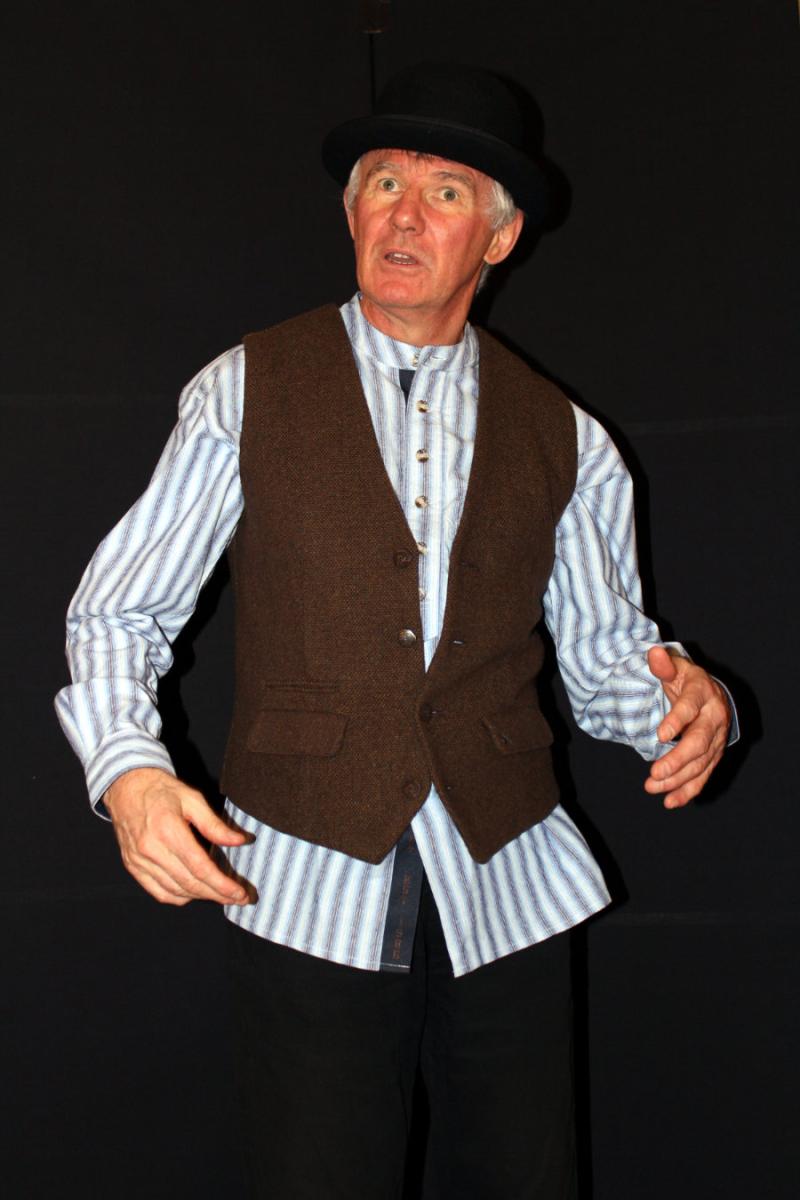 Ulysses is considered to be one of the greatest, if not the greatest, novel ever written. This year Ulysses celebrates its 100th birthday! It was first published on February 2nd 1922.

But how many people have ever read it? Very few have made it beyond the first few episodes; they usually become entangled in Joyce’s style of writing and presentation, and get completely lost and confused.

But Robert Gogan, the writer, actor and Joycean enthusiast is here to help - and he’s on a mission! “There’s an ‘elephant in the room’ here” he says. “I’m convinced that the main difficulty with Ulysses is the complete lack of relevant punctuation to help the reader to read the book. Apart from the usual narrative and dialogue, Joyce also includes the innermost thoughts of the characters, known as the ‘streams of consciousness’.

These thoughts turn up everywhere, without warning, without explanation, and without punctuation. “And”, says Gogan, “it’s very easy to become disoriented and bewildered early on in Ulysses as you struggle to distinguish the dialogue from the streams of consciousness and the narrative. And that’s exactly what happens with most people, and they end up abandoning the book”.

Gogan’s mission is to make Ulysses accessible to anyone who wants to read, and enjoy, Joyce’s masterpiece.

But have you ever wondered what it’s all about and why it’s so acclaimed? Now is your chance to find out, and have a great evening’s fun and entertainment at the same time, because James Joyce and Ulysses is coming to Thurles.

To honour this important 100th birthday Robert Gogan, will be performing Strolling Through Ulysses! at the Source Arts Centre, Thurles for an afternoon performance on Wednesday 15th June, the eve of Bloomsday.

Strolling Through Ulysses! is a one-man show that tells the fun-filled story of Bloomsday - June 16th 1904 - the iconic day around which James Joyce’s Ulysses is based.

Written and performed by Robert Gogan, the show guides you through the curious events and quirky characters of Ulysses, in a humorous, entertaining and informative manner, with extracts from the novel which best illustrate the various aspects of Joyce’s writing - the comical, the descriptive and the complex – without compromising the integrity of the great book.

Joyce, speaking about Ulysses once famously declared, ‘there is not one serious line in it.’ Strolling Through Ulysses! certainly proves that!

“It’s bawdy, irreverent and great fun!” says Gogan, “just as Joyce had intended. To most people’s surprise Ulysses is a very funny book and Joyce wrote it with the full intention of making people laugh. The feedback from audiences to date has been amazing and very positive. The main comment I hear after shows is ‘I never knew that Ulysses was like that!’ ”

Strolling Through Ulysses! is branded ‘over 16s’ by Gogan. “I’m being a bit cautious here”, he says, “because there are several events in the book where Joyce reduces some bodily functions of the characters to a very basic and amusing level. I don’t sensationalise these instances, and neither does Joyce in the book, but I do include some of them in the show. I don’t want to upset any parents who might not like to expose their children to any such matters”.

Gogan was awarded the Best Actor honour at the Galway Fringe Festival in 2019 for his performance in Strolling Through Ulysses!

In an effort to bring the novel to a wider audience he has also edited a new edition of Ulysses, which he calls Ulysses Remastered Centenary Edition. In this new edition all of the ‘streams of consciousness’ are published in italics, and standard quotation marks are used for the dialogue.

“This will help people to overcome the difficulties and confusion at the beginning of Ulysses” says Gogan, “so that they get a chance to really get into the book and relish Joyce’s exquisite writing techniques, styles and comedy”. The book will be available after the show.

So join in the centenary celebrations and take a stroll through Ulysses with Robert Gogan in the Source Arts Centre, Thurles on Wednesday 15th June at 3pm. Admission: €10 (+ €2 booking fee). To book, contact 0504 90204