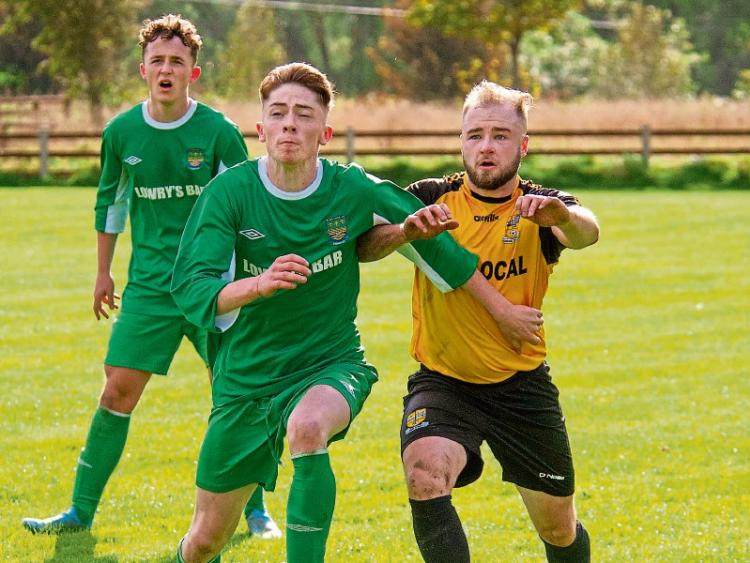 Mick Nash (St. Michael’s B) and Harry O’Connor (Clonmel Town B) race to get to the ball in Sunday’s Division 1 League game

This was a game that was important to both these clubs second teams sides for different reasons with Town trying to kick start their season and Michael’s looking to keep in touch with the top two teams in the division, pursuing legitimate title hopes.

The home side started the brighter and controlled the early exchanges and without ever really testing the Michael’s keeper, and the visitors always looked dangerous on the break with Danny O’Brien especially causing all kinds of problems. It was the home team who took the lead though through Shane Fagan with a great header from an Alan Lonergan cross on 20 minutes.

The goal seemed to awaken the away side however and they began to dictate the game afterwards getting level through a Darren Stokes effort from twenty yards out on the half hour mark.

The home side got their noses back in front five minutes from the break after a free kick wasn’t held onto by the keeper and Craig Condon poked home the rebound, and Town took this lead to the tea. 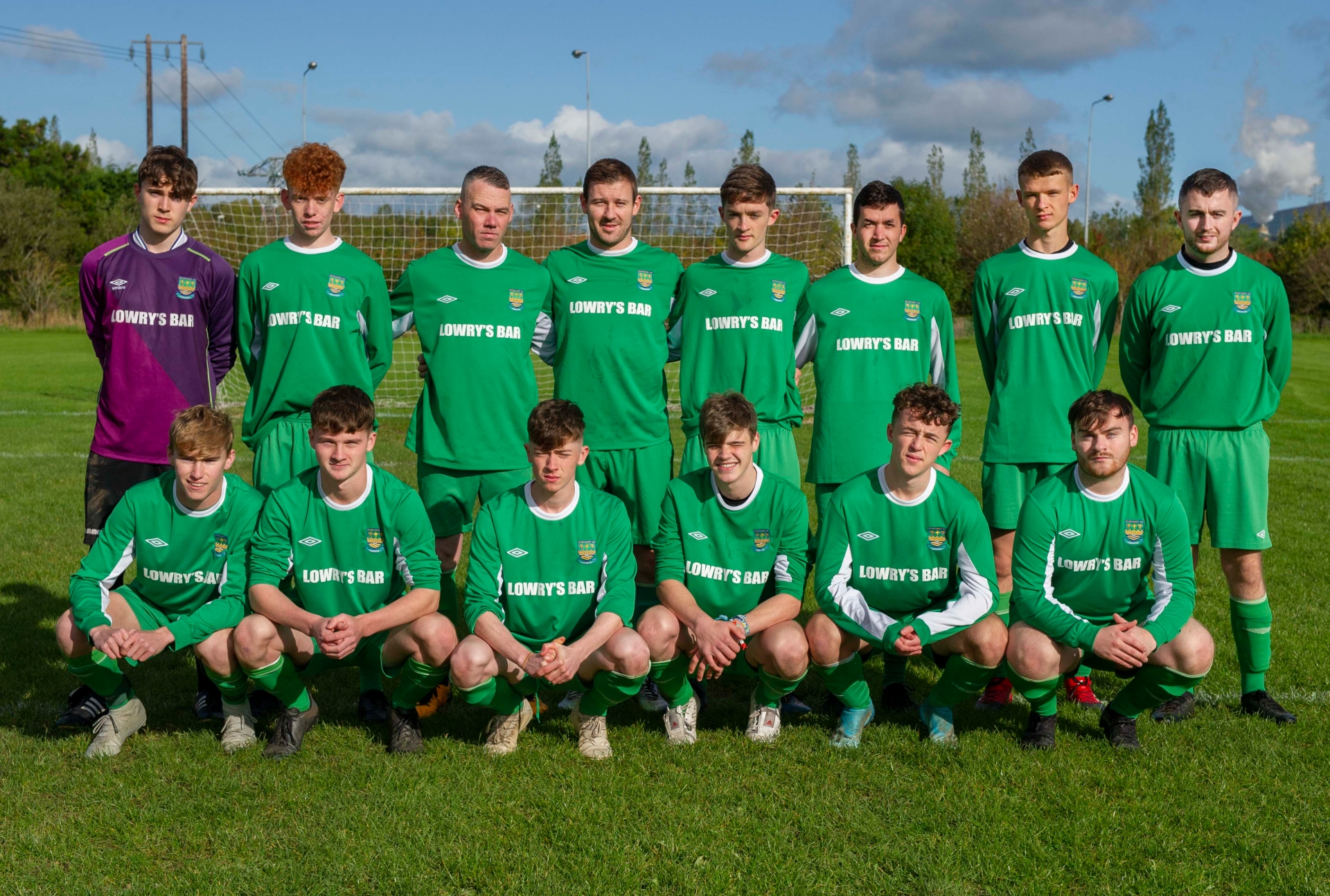 The visitors started the second have the brighter side before the game settled down with both teams looking dangerous on the break. Eventually it was the away side who got the all-important fourth goal of the game with an own goal after some great work down the right.

The game really opened up from here on in and the home team went close on a few occasions with some great chances spurned. And they were made pay for their misses when Saints made a tiring home side pay five minutes from time when Danny O’Brien finished well to take all three points.

Peake Villa and Tipperary Town played out a one all draw at the Tower Field on Sunday in a very physical and competitive game played in front of a good and lively crowd of supporters from each side.  Villa started well and had the lion’s share of possession early on, creating a few chances but failing to convert any

The visitors were happy to soak up that pressure and hit back on the counter, and they did this to devastating effect twelve minutes from the break when they forced a corner kick after a counter attack, which saw one of the home players unlucky to deflect the ball into their own net while attempting to head clear. The hosts pressed for an equaliser after this and were unlucky with a couple of chances going very close, but went to the break behind by a single goal.

The econd half started with the home side again dominating play, and they were finally rewarded for their constant pressure with a late equalising goal from Darren O'Connor four minutes from time. 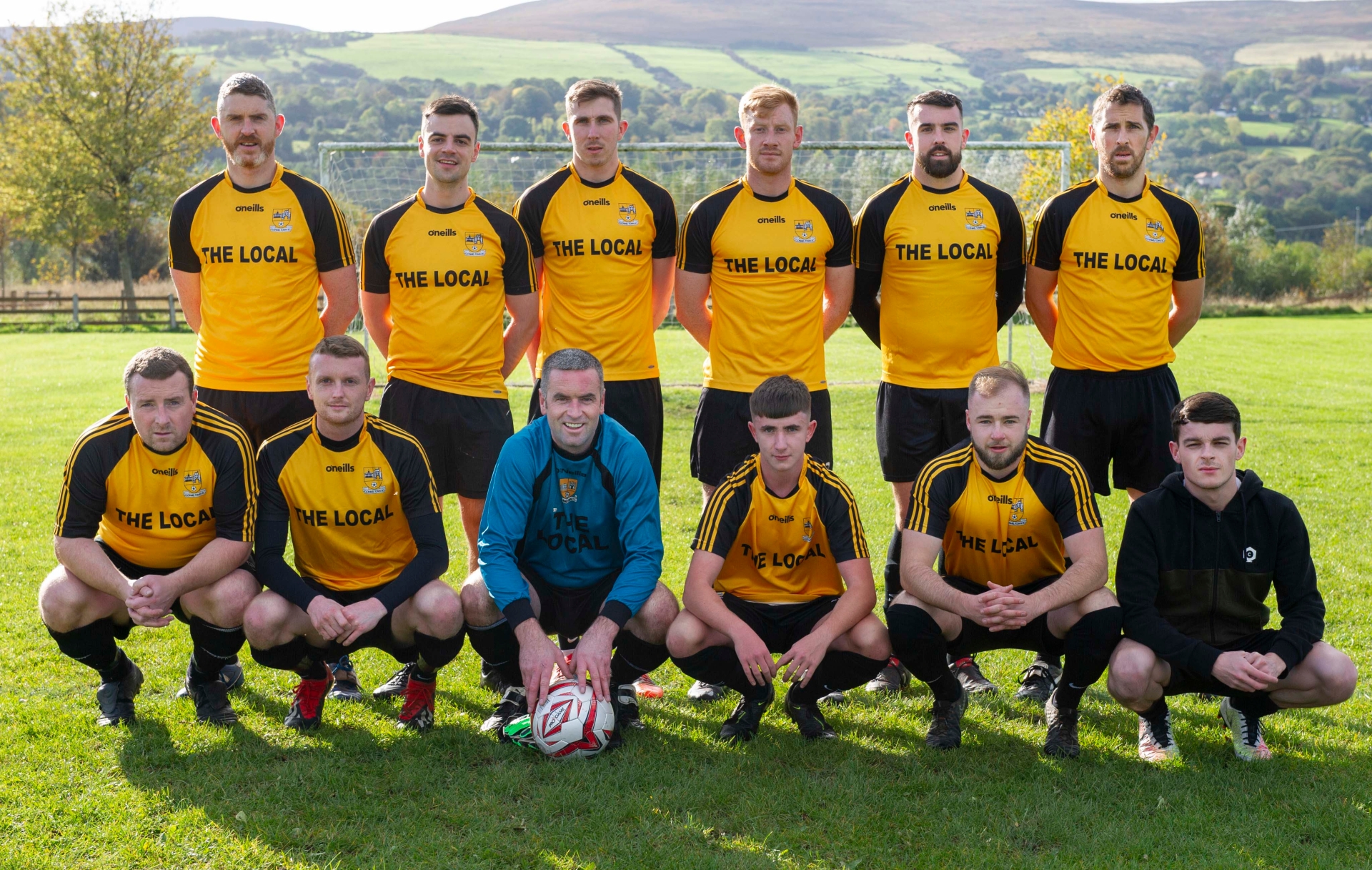