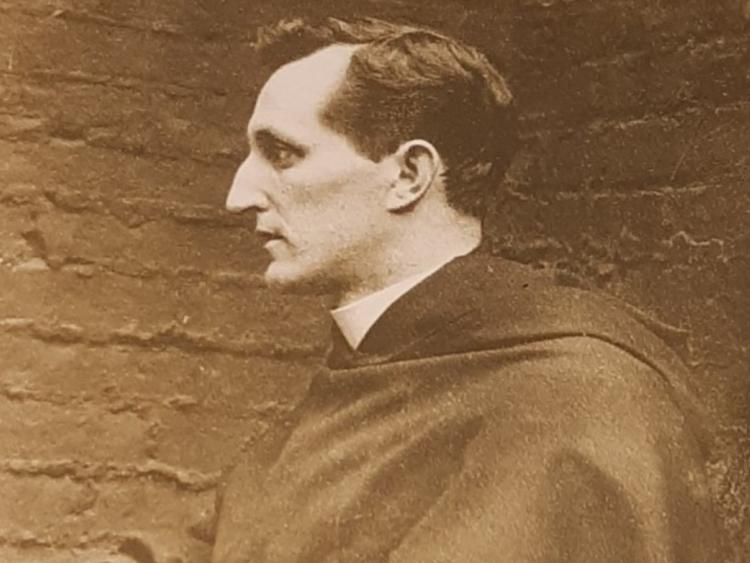 Fr Denis Crotty, OSA, who gave the last rite to Tipperary footballer Michael Hogan as he lay on the field at Croke Park on Bloody Sunday, November 21, 2020, was himself a native of Mullinahone

As Tipperary footballer Michael Hogan lay fatally wounded on the pitch in Croke Park on Sunday November 21, 1920, following the vicious attack by the British Crown Forces on the unsuspecting crowd and the Tipperary and Dublin players, a Tipperary priest attending the match pushed against the panicking crowd and made his way to Michael Hogan to give him the last rites.

The priest was the Augustinian Fr Denis P. Crotty, OSA, who ironically was a native of Mullinahone and just a few short miles from Grangemockler, where Hogan was from.

A keen GAA fan Fr Crotty went to Croke Park to see his native Tipperary take on the Dubs.

An unusually tall man standing at six feet five inches – a giant in those days, he stood out from the crowd and so when the shooting stopped his attention was drawn very quickly to the fact that one of the Tipperary players had been shot.

In the midst of the mayhem Fr Crotty made his way to Hogan as he lay on the field.

The very next morning (November 22) he recounted the events of that tragic day to an altar boy, Patrick Duffner, who was serving his Mass in Drogheda. Duffner later recalled Fr Crotty’s words to him.

“The military arrived during the game and fired indiscriminately into the crowd. Seeing a player lying on the ground I made my way through the panicking people to attend to him. On reaching him I saw he was already dead. It was Michael Hogan.”

Fr Crotty recounted that the best that he could do was to administer the last rights to the Tipperary player.

Born in Mullinahone in 1878, Fr Crotty was educated at St Augustine’s, Dungarvan, and the Augustinian Novitiate at Orlagh, Rathfarnham.

He was ordained in the Pro- Cathedral, Dublin, in 1901. While still a young priest he was elected Prior of Galway.

He served in several houses of the Order in Ireland, but the greater part of his 31 years in the Ministry in Drogheda, where he spent 20 years, and was three times Prior, the last term being 1927-1930.

He was Provincial of the Irish Province from 1919 to 1922, and at different periods held the office of Definitor and Secretary to the Provincial.

He was one of the best known and most widely esteemed members of the Order in the Irish Province. He returned to Drogheda in 1923 as Prior where he died in 1932 at the age of 54 years and is buried there.

He is held in great esteem by the people of Drogheda who wanted to remember him always, the Harry Clarke window over the main entrance of the church was commissioned in his honour.

He had a great love for Tipperary and for Gaelic football and was very active in the Gaelic scene during his time in Drogheda.

I am sure that Fr Crotty was looking down on the Tipperary footballers as they recorded their historic Munster final victory over Cork and on the commemoration ceremonies for the Bloody Sunday victims the previous evening.