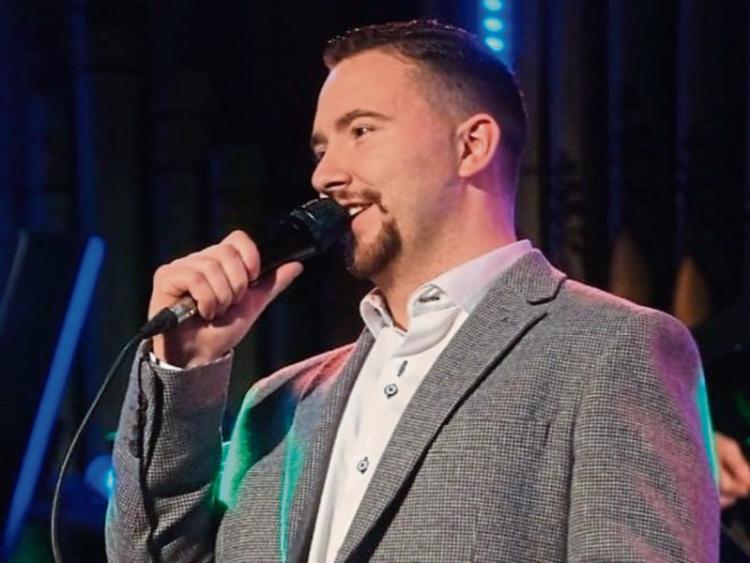 A young man from Tipperary Town is the latest country music sensation following his appearance on TG4's Glór Tíre programme on Tuesday January 5.

It is a great start to the New Year for 26-year-old Stephen Stokes, as he steps into the limelight in a contest that attracts huge interest.

I first became aware of Stephen as a performer when I heard some of his recordings played on local radio. I considered that he had good potential to make it in the country scene and I invited him to be guest performer at the Tipperary Song of Peace Grand Final in Aherlow House Hotel in July 2014.

This was Stephen’s first public appearance and almost seven years later he has now had his first public TV appearance on the Glór Tíre programme performing the Big Tom song ‘I am an Island’.

When I spoke to Stephen he was just out of studio having recorded that song that he performed in the first TG4 programme and he told me about his beginnings in the music scene.

“It really started for me in 2012 when Norman Morrissey sent me to the Dennis Allen Studios to have some of my songs recorded. I had songs of my own and cover versions that I wanted to have recorded and Norman gave me that opportunity. Over the years I have had my songs played on local radio stations and have also done a number of concert appearances. It was at one such concert appearance in Cahir that Louise Morrissey mentioned the Glór Tíre opportunity and said that if she was being asked to mentor anyone in a future programme that she would like to mentor me. I was really thrilled and honoured that Louise was showing faith in me and last October this became a reality. Naturally I jumped at the opportunity!”

Facing the TV cameras without an audience and with the Glór Tíre house band for the first time was quite a nerve wracking experience but one that Stephen seems to have taken in his stride.

"I set myself into a mode to not letting the cameras bother me and to turn my nervous energy into positive energy. It is a big loss not having an audience but hopefully they will be back for the ‘live’ shows which start in March.

Recording on TV is so different to recording in studio and for the interviews and performance I am really grateful to my mentor Louise for guiding me in the areas of interviews, communication, engagement with the camera and with the audience and in being relaxed and comfortable in performing.”

Following the broadcast of the first programme, Stephen told me that he was inundated with messages of congratulations and good wishes.

“I have had in excess of 500 messages so far. My phone kept beeping with messages. The people of Tipperary Town have been hugely supportive but I have had wonderful support from far and wide.”

The judges in the first programme were very complimentary of Stephen’s performance, of his choice of song (‘I am an Island’) and of his deep voice with John Creedon saying that his voice reminded him of Merle Haggard.

Judge Caitríona added saying that Stephen had a nice rich voice and that his range is very wide and that the low notes were great.

Stephen is looking forward to performing with Louise’s band, The Ryan Turner Band, as he has performed with the band before and so will feel very comfortable performing with them.

“It is a wonderful opportunity that has been given to me and I intend to make the best possible use of it. It is not about winning, it is about allowing people to see me perform and to enjoy my music and in doing so to engage with a wider audience. I am asking people to vote for me as votes are crucial at this stage and later when the live shows commence”.

Once the ‘live’ shows commence viewers will decide who will stay each week, and can vote by downloading the Glór Tíre app in the App Store or in the Google Play Store. Stephen will be among six hopefuls battling it out over 12 weeks.

Among Stephen's musical influences are Johnny Cash, Merle Haggard, Mick Flavin and Louise Morrissey.
Outside of music Stephen is a fan of greyhound racing and owns six greyhounds.

Engaged to Michaela they are the proud parents of two children, Stephen aged 6 and Brianna aged 2.

The message from both children is to vote for their Daddy and you can do this by downloading the Glór Tíre app for free and clicking on vote contestant Stephen Stokes.