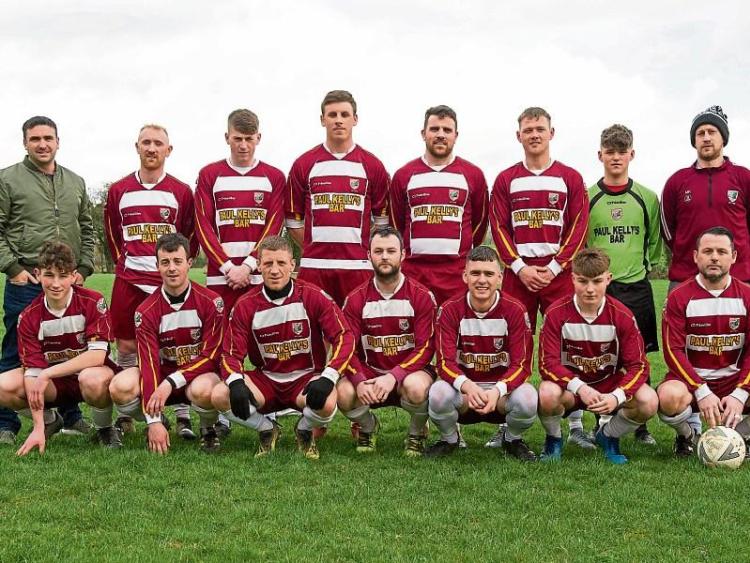 Cullen-Lattin Soccer Club has been announced as the county Tipperary winners of the Texaco Support for Sport Initiative.

The initiative - which was launched last year by Valero Energy (Ireland) Limited, the company that markets fuel in Ireland under the Texaco brand - offers a prize fund of €130,000 to 26 sports clubs.

The competition was open to every club across the 26 counties in Ireland, irrespective of sporting discipline.

The funding of €130,000 which was offered to support clubs, was distributed in equal amounts of €5,000 on a county-by county basis to the winning clubs.

Leading the adjudication process was the Texaco Support for Sport ambassador, acclaimed broadcaster and former Irish rugby international, Donncha O’Callaghan, who said that the initiative provided clubs with the opportunity to showcase their importance to their local communities.

“From my knowledge of sports clubs, gained at junior, senior and international level, I know how beneficial the Texaco Support for Sport initiative will be to clubs by bringing a much needed benefit when it is least expected. Now more than ever, our clubs and volunteers need our support,” said O’Callaghan.

Cullen-Lattin Soccer Club Secretary, Michael Kenny, explained their involvement in the process. “Cullen-Lattin AFC were contacted in January this year to say we were shortlisted as finalists and we were thrilled to be announced as the overall Tipperary winners on March 4 2021.

“There was tough competition between the applications that were submitted and the club are honoured to have been chosen as the county winners. Cullen-Lattin soccer club is the sole hub of social and community activity in the area. Our main sport is soccer, but everyone is encouraged to join the club and use the facilities.”

The club was founded in 1982 with a small plot of uneven land for a pitch.

Through community commitment and fund raising the club has grown to offer two full-sized floodlit pitches, an astro surface, a walking track and am impressive 90 seater covered stand for supporters.

Club Chairman Mike Landers was equally excited about the win in the Support for Sport initiative.

“Cullen-Lattin AFC was an FAI Club of the Year finalist in 2016, which was a huge punch above our weight and now here we are again County winners of €5,000 with the Texaco Support for Sport initiative.

“We are very proud of our achievements and would like to thank Texaco and every single member of the community who support us.

“We have a great dedicated management committee who make sure the club continues to grow and develop.

“No one gets any remuneration at the club as everyone volunteers their time and energy for the benefit of the club and the community.

“We are immensely proud of the young people who play soccer here and we are always ready to welcome new members at any time.

“We assure Texaco that the funding will be put to very good use at the club and will ensure that everyone in the community will benefit from it.”

Irish rugby international Donncha O’Callaghan says that the most uplifting aspect of the process was the desire expressed by even the smallest niche clubs to build on their value to communities and that is certainly the case with Cullen-Lattin AFC, to whom we offer our warm congratulations.