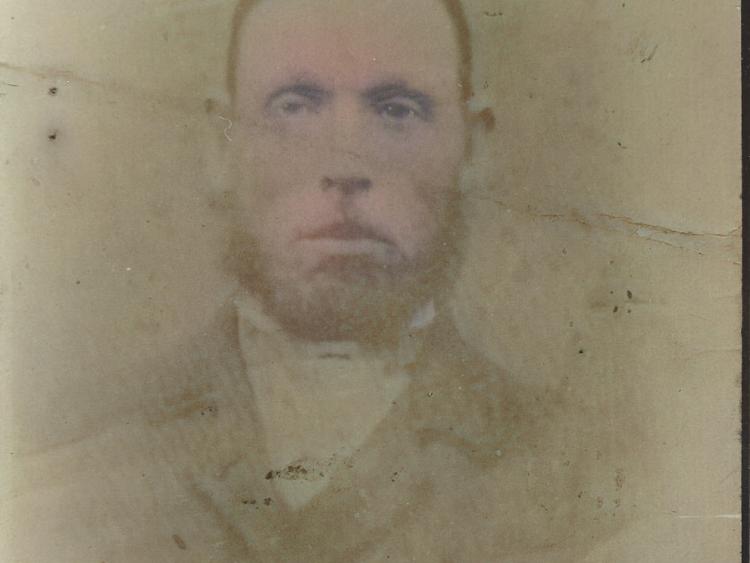 John Quinn, who was coachman to the Cole Bakers in Ballydavid Wood

I am one of a number of people who contributed articles to a book titled Troubles in the Glen, which was compiled by the Lisnagaul Memorial Committee, writes Martin Quinn.

The articles concern events from the parishes of Bansha/Kilmoyler, the Glen of Aherlow and Galbally.

The idea to research, write and publish a history of the War of Independence in these areas was first mooted by James Hayes, Chairman of the Memorial Committee about three years ago.

In compiling the history the committee did not stick to parish boundaries and included actions and incidents that occurred in areas such as Galbally, Knocklong, Lattin and Mount Bruis.

In addition they broadened the publication to take in a number of articles such as biographical articles on John Cullinan, MP and the poet Darby Ryan because, while they were not strictly of the period, they were from the area and in a sense they influenced what followed after them.

There were also articles included on the dairy industry during that period as well as on the Gaelic League and the traditions of athletics of the area.

The book is the culmination of an idea discussed amongst the Memorial Committee members that the 100th Anniversary of the Lisnagaul Ambush (November 13, 2020) should be marked in a substantial way.

The Committee Chairman, James Hayes, says that he hopes that people may learn something new about the locality, which is so steeped in history.

“The goodwill and enthusiasm of many people was a great source of encouragement to all involved in getting the book published. A lot of research and consultation with people who had connections with various events took place. Many existing articles were sourced and some family memories and accounts were newly recorded. I want to thank all those who wrote articles or gave information of any kind for the book and I want to thank the editorial committee members who showed great commitment and determination to get the project off the ground,” he said.

I submitted two articles for the publication; one on Canon John Hayes and another on, A Dreadful Murder in Ballydavid. In the article on Canon Hayes I wanted to give an account of his early life, from being born in a Land League hut in Murroe, Limerick, to his posting in 1915 to Liverpool.

The importance of his first real posting as a priest in Liverpool lie in his efforts at organising youth activities and seeing first hand the slum conditions in which so many of the emigrant Irish lived.

The young Fr Hayes was also to make the English national newspapers in 1920. In his own words Fr Hayes says: “I need not recall the state of the country in 1920; suffice it to say that every effort was being made by England to crush the Republic. Men were on the run and men were in jails.”

Upwards of 150 Irish Republican prisoners were being held in Wormwood Scrubbs in London, including amongst them Hayes’ brother Mick.

As the prisoners went on hunger-strike, Fr Hayes was anxious to visit his brother. In spite of eventually receiving a permit, he was forbidden to see him.

He decided to enliven a protest outside of Wormwood Scrubbs Jail with speeches and the Rosary in support of the Irish prisoners.

The protesters were attacked by an Orange mob while police refused to intervene. The Daily Mail described the “extraordinary scenes at Scrubbs ...in the midst of all this a priest (Fr Hayes) calmly recited the Rosary”.

The second article that I wrote related to George Cole Baker who was murdered in a dispute over the impending eviction of a tenant at Ballydavid Wood on December, 31, 1868.

A newspaper headline states that “the assassination of Mr George Cole Baker, near Bansha, county Tipperary, has excited the deepest feelings of regret throughout the whole district, where the deceased gentleman was highly esteemed by all classes.

He was the son of the Rev George Baker, whose family have long been resident in that part of the country, and are generally well spoken of”.

They were the daughters of James and Mary Fetherstone and when Eliza was born they were resident in Clogheen where James, who was a police officer was stationed.

The Fetherstones were members of the Church of Ireland so it wasn’t surprising then that they would go working for the Cole Bakers.

The coachman for the Cole Bakers was my great-grandfather, John Quinn. John and Liza married and lived in Ballydavid Wood near to the Cole Bakers in what became known as Quinn’s House and Johanna also lived with them.

Eliza who was subsequently known as Bess, recalled in later years the murder of George Cole Baker and was reluctant to discuss the details saying that they were all traumatised by his murder and the dreadful sight of Mr Cole Baker lying dead in the avenue.

Eliza was advanced in pregnancy at the time of the murder and she subsequently gave birth to a baby boy who sadly didn’t survive long after birth.

Many years later Eliza would continue to mourn the death of her baby saying that the trauma of Mr Cole Baker’s murder and the threats made to anyone who had information or knowledge of who carried out the murder had impacted greatly on her.