OBITUARY: 'She was a rebel with a cause,' tribute to Pat Myers of Tipperary 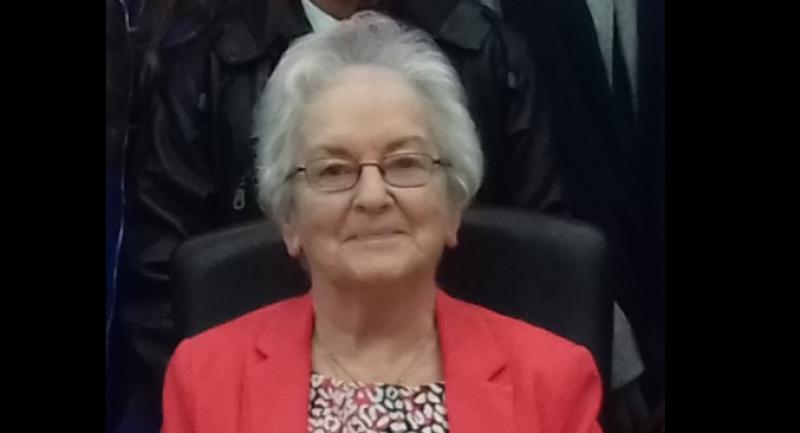 Pat Myers has left a great legacy of community activism and was so respected and loved by many, many people.

The passing of Pat Myers brought me right back to the 1980s and to when I first got involved with TCR (Tipperary Community Radio).

I remember Fr Seamus Rochford coming out to Bansha to do a piece with me on the Bansha Agricultural Show and he invited me to get involved with local radio and suggested that there should be a “Rural Roundabout” from Bansha as there were with some other parishes, and that I should present it.

He brought me in to the station and there I met Pat Myers, whom I then realised was married to my cousin Joseph (Joe). It was my very first introduction to broadcasting and it was Pat who operated the studio controls for me during that initial period.

I well remember the innovative and exciting programmes, the interviews and analysis of current affairs, the voluntary commitment of presenters and the debates at meetings of the programming committee.

And at the helm of all this was Pat Myers, with a great sense of purpose to ensure that TCR was exactly what it was meant to be, local broadcasting by local people for the local community.

Pat was committed, dedicated and extremely passionate and in all of her work she showed great leadership and a wonderful sense of humour.

She steered TCR into the legalised framework and then left to pursue other interests.

She retained great interest in the new station and remained as a contributor through her slot on Citizens’ Advice which subsequently became Citizens’ Information (Service). After a lifetime of service to community, Pat passed away peacefully at Bramleigh Lodge Nursing Home on Monday, August 23.

At her Funeral Mass in St Michael’s Church, Tipperary, her son Brendan spoke movingly about aspects of his mother’s life.

“Our mother grew up in Connelly Park in Clonmel, part of a close family with three sisters and one brother.

“She was the second eldest and after school trained as a nurse and worked in the local hospital.

“The road for a lot of young women back in the early 60s led to England as it did for her sisters Maureen and Peggy, but fortunately for us she took a detour in Bansha where she met my Dad at a dance.

“He convinced her there were better prospects in Donohill than Doncaster and so they got married in 1965. After a few years moving around with his job, they bought a house in Garryskillane and settled in to raise a family. As children we grew up in a warm loving home in an estate full of young couples with kids. It was the 70s and we were allowed to roam and play as we pleased.

“We had great neighbours, some of whom are still there today supporting Dad. In the early 80s Mam got a job in TCR -Tipperary Community Radio, then in its infancy. We were delighted as our Mam had a “cool job” working for an illegal pirate radio station. Those were ground breaking times as the Government was eventually pressurised to pass legislation to licence community radio stations and Mam was in the middle of it; loving it, fighting tooth and nail to ensure the local town got the service it deserved. She later became manager of the station, presented her own show, and most importantly encouraged others to join and contribute. Mam was a big believer in social justice, empowerment of women’s rights and equality for everyone. She got involved in what was then the Community Information Centre, now the Citizens’ Information Centre. As a volunteer, along with others, she helped hundreds of people with their problems.

“For many with forms to fill, a quick call to Pat Myers and you were sorted. Two years ago she, along with good friends Tom Fitzgerald and Eddie Flaherty, was honoured by the local District Municipal Council at a Civic Ceremony to mark their 40 years’ service. Mam dismissed all the attention but I know deep down she was very proud that day.

“Mam was also a keen knitter and I remember as children coming home from school one day, to find her sitting in front of a knitting machine working her arms furiously over and back as she sewed. She later set up her own wool shop in town with her dear friend, Alice Carroll. Mam was always close to all her sisters but particularly close with her younger sister Geraldine who had settled in Clonmel. We fondly remember our weekly visits to Ger and Anthony where we were warmly welcomed and well fed!

“I think it’s fair to say Pat or Patsy as she is called in Clonmel, became a big part of her sister’s family and they remained best friends all their life.

“In later years, despite Mam developing rheumatoid arthritis, they travelled the world together. Recently enough they travelled together to Australia to see Ger’s son Shane and his family, a difficult journey for a woman in her physical condition. That was Mam however, she believed nothing should stand in your way in life and she had many conversations with her grandchildren, nieces and nephews encouraging them to do likewise. Our Dad retired from work over 20 years ago and Mam turned him into a domestic goddess. He did the cooking and cleaning and Mam gave the instructions.

“There was a great chemistry between them and the banter would always fly whenever we visited. She called home the Ritz and in many ways it was.

“In later life she became a keyboard warrior and enjoyed being up on social media, as my cousin Shane said in a lovely letter that he sent: ‘She was a rebel with a cause.’

“As she arrived into Bramleigh Lodge Nursing Home a couple of weeks ago, a nurse said to Mam, ‘Pat you’re lucky to have a family like you have’, to which Mam quickly replied, ‘No, they are lucky to have me’ and so we were.” Pat Myers has left a great legacy of community activism and was so respected and loved by many, many people.

This was evident from the many posts on Facebook and on rip.ie following her passing. She will be greatly missed in the Tipperary community and by her family and many friends.