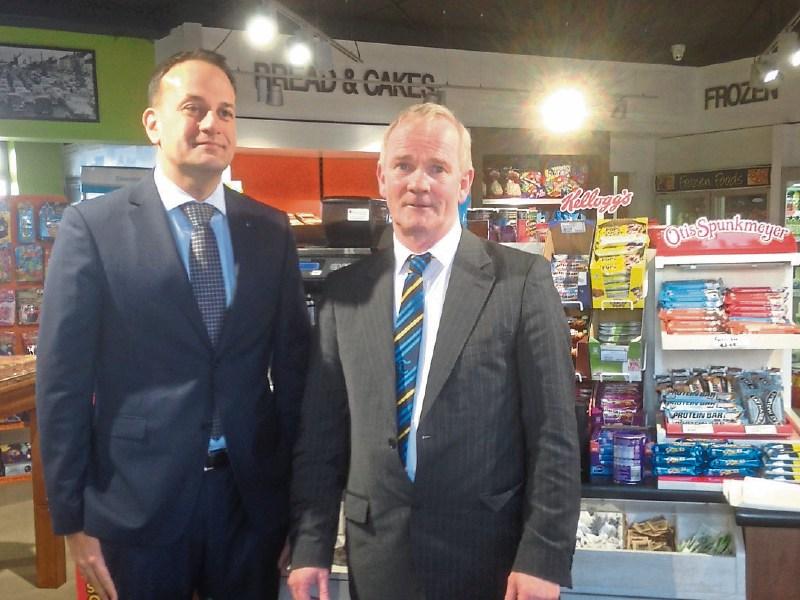 Templemore based Fine Gael Councillor Joe Bourke completed his term of office as Chairman of the Templemore Thurles Municipal District and outlined many of his highlights of the year in his outgoing address.

Having been praised by all members of the council and by management for the fair and efficient manner in which he conducted business, Cllr Bourke handed over the reins to Cllr Seamus Hanafin who was unanimously elected.

However, before vacating the Chair, Cllr Bourke availed of the opportunity to outline a number of events which gave him great satisfaction during the course of the year.

“I was honoured as Chairperson to be able to award a civic reception to Our lady's Templemore on winning the Harty Cup and Croke Cup, for the second time in the schools history - I was fortunate to be a member of the '78 team which won it for the first time,” he said.

Cllr Bourke also outlined a number of projects which he had helped to progress during the course of the year and expressed satisfaction at seeing the swimming pool project in the Town Park finally taking shape.

“Six years ago, I received funding of €145,000 from Leader for a tranquility garden where the pool was - this money was subsequently used to enhance the lake. So, when this scheme came along, I worked with Matt Shortt (District Manager), to ensure that our application was successful. And now, I believe, the garden is a wonderful addition to the park.

“I am glad that work on re-vamping the Templemore Town Hall is currently out for tender. I have worked very hard to get this building restored to its original glory for a long time now. I believe it is a fine building in the centre of Templemore town and when it is restored we may be able to hand it back to the people of Templemore. The Town Hall then could be used maybe as a tourism information office, a musuem, coffee shop and have toilet facilities. The people of Templemore can decide its best use,” he said.

In relation to the recently re-announced Flood Relief Scheme for Templemore, Cllr Bourke said that he had been working on this for the past eight years alongside former Deputy Noel Coonan, having met with Minister Simon Harris on three occasions in relation to funding for the scheme. “I was glad that our challenging work was rewarded when Minister Harris announced funding for the scheme and it is great to see this long awaited project going ahead,” he said.

The new Fire Station for Templemore was also mentioned and Cllr Bourke said that having met with Minister Simon Coveney on two occasions, he was glad to welcome him to Templemore three months ago to announce a €1.3 million project for the station which is underway and will be completed in March, all going well.

The removal of dangerous trees along Church Avenue and the rebuilding of the boundary wall between the car park and the graveyard were also mentioned, with Cllr Bourke expressing the hope that the footpaths will be completed in the graveyard next year.

And, he welcome the announcement of a new Christmas lighting scheme which will greatly enhance the town over the Festive period.