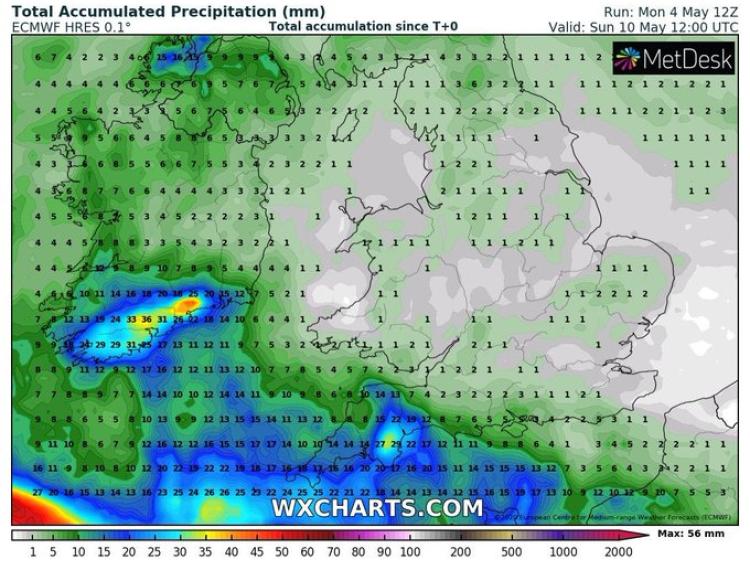 "Not a bad week ahead," says forecaster Alan O'Reilly with some rain and mild weather on the way.

According to www.carlowweather.com, it will be mainly dry apart from far South.

"Some rain in Southern areas Wednesday also before showers become a little more widespread and not much expected.