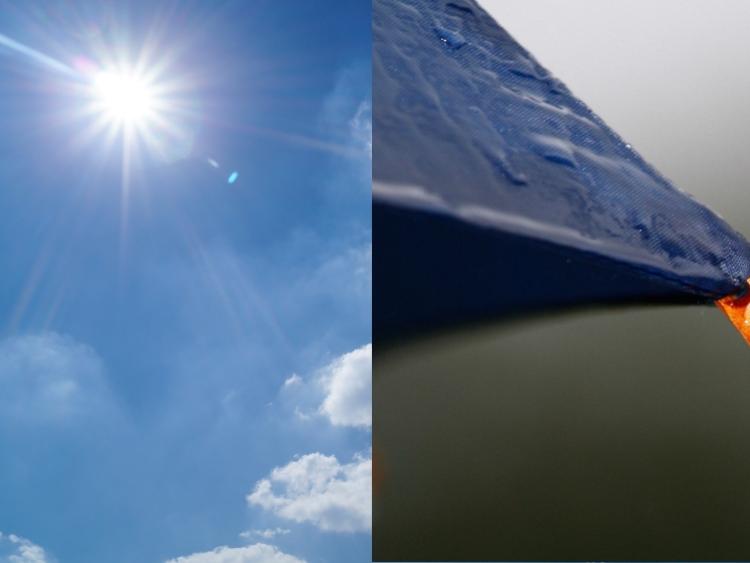 Weather forecast for Ireland for the coming week from Met Eireann

The weather forecast for Ireland for the coming week from Met Eireann is for the weather to be cool, damp and mostly cloudy for the start of the week, but transitioning to high pressure from midweek onwards bringing fine settled conditions across the country.

The weather forecast for Ireland for Monday from Met Eireann is for the weather to be mostly cloudy with outbreaks of rain mainly affecting the western half of the country and becoming persistent in western coastal counties. Further east, rain and drizzle will be light and patchy with some eastern areas staying dry. Highest temperatures of 9 to 12 degrees, with a light to moderate southerly breeze.

A cloudy and rather misty night, with further outbreaks of rain and drizzle and some hill and coastal mist and fog. Lowest temperatures of 5 to 8 degrees, in light southeasterly or variable breezes.

The weather forecast for Ireland for Tuesday from Met Eireann is for the weather to remain mostly cloudy with outbreaks of rain and drizzle, gradually easing through the day. Mostly dry in the east and southeast for the afternoon with some bright spells developing later in the day. Highest temperatures of 10 to 13 degrees in light easterly breezes.

Long clear spells developing overnight, on Tuesday and staying mostly dry with just a light passing shower early in the night. Lowest temperatures of 2 to 6 degrees, coldest in the northwest. Winds will be mostly light and northeasterly in direction, increasing moderate near the coast.

Wednesday will be a dry, bright and mostly sunny to start the day. Patchy cloud will develop through the afternoon with the odd isolated shower developing. Highest temperatures of 10 to 15 degrees, in a light to moderate east to northeast breeze.

A dry and clear night on Wednesday night with lowest temperatures of 2 to 5 degrees generally, a degree or two lower across Ulster where there may be a touch of frost. Light easterly breezes.

Continuing mainly dry and bright on Thursday with a mix of cloud and sunshine. There remains a slight risk of a passing shower. Highest temperatures of 11 to 15 degrees, coolest in the east and south, in light to moderate east to southeast breezes. Staying dry overnight with long clear spells and lows of 1 to 6 degrees.

According to Met Eireann, current indications suggest dry weather and sunshine will continue on Friday with highest temperatures of 11 to 15 degrees, mildest across Connacht. Light southeasterly breezes.