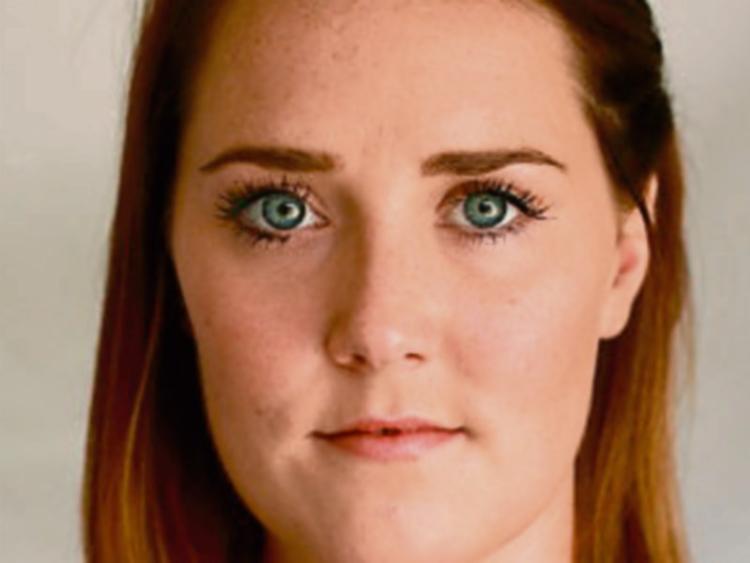 Tipperary fans of the theatre are in for a real treat on Saturday, January 30th (8pm) when Thurles actress Joanne Quinn will star in Enda Walsh's 'Disco Pigs' at The Source Arts Centre.

The play, from the award-winning writer of 'Ballyturk', 'Once' and 'The Walworth Farce', will feature in Thurles for one night only and is brought to you courtesy of Tipperary theatre company T.elle.C - 'Disco Pigs' will also star a second Tipperary native, namely Steven Lafford.

'Disco Pigs' tells the story of Pig and Runt who are out on the down in "Pork City" and running amok as they play at being Bonnie and Clyde, but, in Enda Walsh's explosive play, these self-mythologising Irish teenagers are growing up and growing apart. Pig and Runt, who were bonded at birth when their mothers brought them into the world side by side in the Cork City maternity hospital, have not only renamed themselves, but have also created an entire private language and fantasy world to keep reality at bay. The cracks, however, are beginning to show and Pig longs for sexual contact with the wistful Runt. Enda Walsh's play debuted at the 1997 Edinburgh Fringe festival and tells a magnificent story about sex, love, lust, leaving, staying and everything in between.

Star of 'Disco Pigs' Joanne is originally from Thurles and moved to Dublin after training extensively in both Queens University, Belfast and University College, Cork.

Joanne is a highly-skilled physical theatre performer while is also co-founder of the Inkling Theatre Company and starred in their debut play ‘If I Told You . . .’ early last year.

Joanne most recently appeared in the St Patrick’s Day Parade as a dancer with City Fusion and Coisceim.

Theatre credits include 'Half a Person' (Penny Productions), 'From Xenophobia to Amazement' (Wondrous Stories, Amsterdam) 'The Real Deal, Doughnuts and Light Signals' (TEAM), 'The Vagina Monologues' (Charity Event), 'Iphegenia in Aulis' (Classic Stage Ireland), 'How Tom Beat Captain Najork and his Hired Sportsmen' and 'We Are Not Afraid' (Curious Doings), 'The Pied Piper' (The Source Arts Centre), 'The Public' (Foregrounds, UCC) and 'Shakers' (Dramat, UCC).

To book your tickets please contact the box office on 0504 90204 or alternatively visit thesoureartscentre.ie.

One of the most popular comedians in the country, David O’Doherty, returns to The Source Arts Centre in Thurles on Friday, January 22nd (8pm).

As with many comedians appearances can be deceptive and in O’Doherty’s case the shabby look, bumbling delivery and cheap kids’ Casio keyboard mask a razor-sharp wit and a deliciously dark outlook on life.

Channel 4’s '8 Out of Ten Cats' has never been better since David O'Doherty became a regular panelist.

O’Doherty is so witty, charming and self-deprecating that his grouchiness actually enhances his comedy shows.

David's rambling stories are interspersed with typically quirky songs about mortality, procrastination and looking for love.

David certainly has a brilliant mind. Often what appears to be whimsical and throwaway nonsense conceals nicely-judged moments of satire. Whether talking about the recession, single-sex schools, Gerry Adams or Saint Patrick, O’Doherty is as insightful as he is silly.

He’s original too. No suit; no tie; no gags even.

Nevertheless, David manages to sustain solid laughs at all his gigs and ultimately admits to having enjoyed himself - even if he does qualify it by often grumbling, “I had lowered my expectations at the start”.

Early booking is advised for this national treasure - this will be David’s only Munster gig aside from an appearance in Cork before he heads off on the Australian leg of his tour. Do not miss it!

David O’Doherty features at The Source Arts Centre in Thurles on Friday, January 22nd at 8pm.

To book your tickets please call The Source Arts Centre box office on 0504 90204 or visit thesourceartscentre.ie.