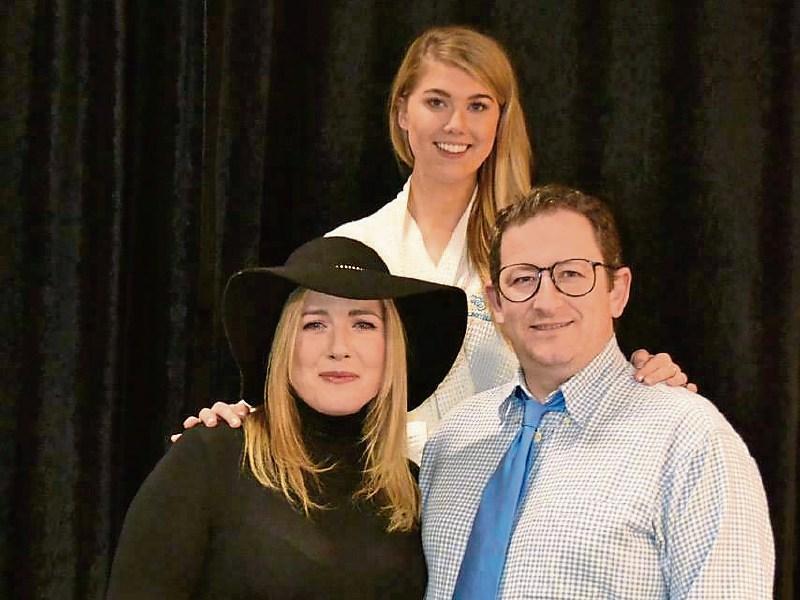 A group well-associated with staging great comedy and drama over the past number of years Moyne Variety Group are back to entertain us again this year with a classic comedy by Bernard Farrell 'Kevin's Bed' which will be staged in Moyne Community Centre commencing on Thursday, January 28th and running until Sunday, January 31st.

The setting is the celebration of the golden wedding anniversary of Dan and Doris - a time for them to return to their old house, join in their celebrations, contemplate a life in disarray and remember the joy of their silver anniversary.

The play has a clever time-travel structure: The first act takes place in 1973, in the kitchen of Doris and Dan’s house during their 25th wedding anniversary party. The second act is set in the present day, in the same kitchen, during the celebration of the couple’s 50th.

Somehow, somewhere, everything seemed to go wrong. There is much to regret, but also a chance to restore family relationships and affections.

Director Joanne Bannon has assembled a stellar cast, and also introduces some new faces to the group namely Ken Murphy in the title role of “Kevin” and Ger Jones playing his brother “John” - both are making their debut with Moyne Variety Group. Other cast members include: "Dan Gillespie" (John Quinlan), "Doris Gillespie" (Maureen Claffey), "Betty Boylan" (Helena Birmingham), "Pauline Boylan" (Geraldine Delaney). The role of "Maria" is played by Laura Quinlan who is making a welcome return to the stage while "Cecily" is played by Katie McGovern who is also making a welcome return to the group.

The set is starting to take shape and construction is in the capable hands of Jason Moore & Ger O'Keeffe, ably assisted by PJ Claffey, Liam Troy and Pa joe Hayes. As with any party atmosphere, music is a necessity and Katie Chapple has graciously come on board to provide the offstage music and song assisted by the rest of the cast.

Please note the earlier starting time of 8pm on all four nights of the show. As there is no booking facility available so people are advised to get there early.