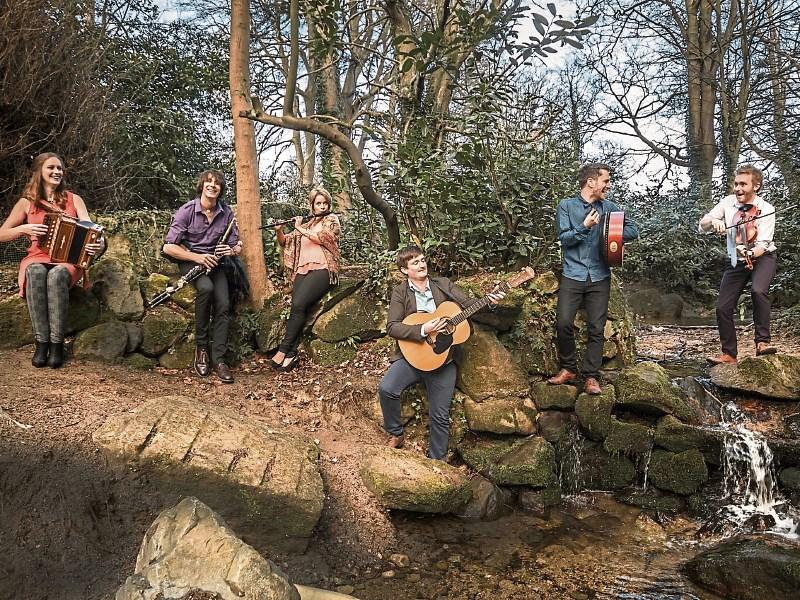 FullSet, who were recently named the “Top Traditional Group" by the Irish Music Association, are one of the most exciting and sought after bands on the Irish music scene today.

On Saturday, February 6th this award-winning group will take to the stage at the Nenagh Arts Centre to launch their much-anticipated third album "Notes Between the Lines".

This is the second date of the band's up-coming Irish tour which also sees the group perform at Monroe's in Galway on January 30th, Dolan's Warehouse in Limerick on February 13th and Whelan's in Dublin on February 14th.

FullSet are extremely excited about their concert in Tipperary as the group holds a very strong connection with the Premier County. Band members Eamonn Moloney and Michael Harrison hail from Newport and Ballycommon respectively while the group itself was initially formed in Cashel when several members met there while performing at the renowned Irish Music and Dance show, Brú Ború.

This young and exciting group create a sound that is full of energy and innovation whilst all the time remaining true to their traditional roots.

FullSet have garnered much critical acclaim over the years and have even been compared to super groups such as Danú and Altan by respected Irish Music Magazine. The band's meteoric rise in the music world began in 2011 when they were announced as the winners of the RTÉ́/RAAP Breakthrough Annual Music Bursary Award. FullSet subsequently went on to receive the “Best New Group Award” from well-respected Irish American News and were also named “Best Newcomer” in Bill Margeson’s Live Ireland Awards in 2012. Most recently, FullSet was honoured to receive the “Top Traditional Group” Award by the Irish Music Association.

To date FullSet have been featured on some of Ireland’s most prestigious TV and radio programmes including 'The Late Late Show' and TG4’s hugely popular Irish music series 'Geantrai'.

The group has also recently began working with Disney and has performed at some of the most prestigious Celtic and world music festivals across Europe and North America, some of which include the Copenhagen Irish Festival, Festival Interceltique de Lorient, Germany’s Irish Folk Festival Tour, Dublin Irish Festival, Kansas City Irish Fest and Milwaukee Irish Fest. FullSet have shared the stage with some of the biggest names in folk and world music including Moya Brennan, Declan O’Rourke, Lúnasa, Carlos Núnez, Andy Irvine, Donal Lunny and Beoga.

FullSet's album launch on Saturday, February 6th at the Nenagh Arts Centre promises to be a spectacular evening of Irish music, song and dance of the highest level and is definitely a night not to be missed.

Tickets can be obtained by calling the Nenagh Arts Centre box office on 067 34400 or by visiting nenagharts.com.