Landmark documentary features at The Source 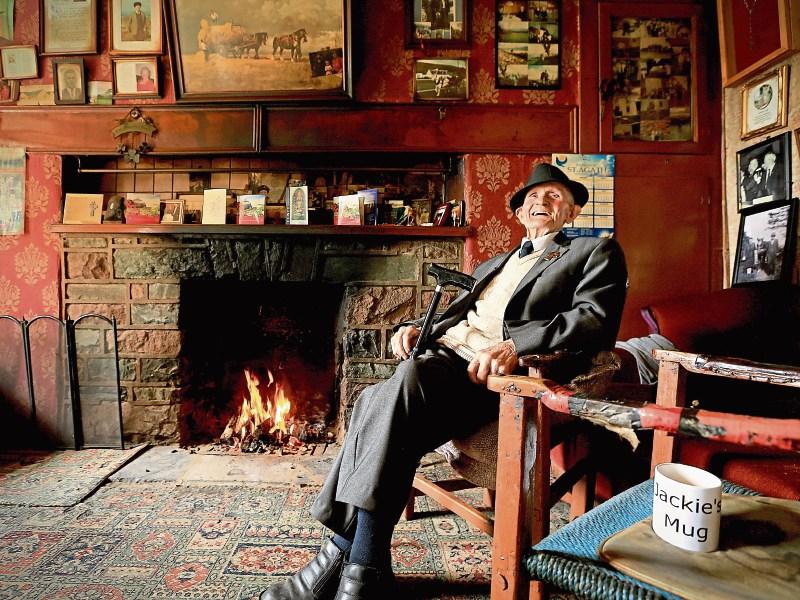 'Older Than Ireland' is a landmark documentary film which examines how Irish society has changed during the last one hundred years from the point of those who have lived through it.

The subjects interviewed for this film were all born before 1916, meaning they are essentially older than the state and have seen how Ireland has progressed from a land which has endured its fair share of violence and upheaval in order to shape its identity to one that has established itself as a thriving European nation.

Featuring a diverse group of centenarians, who each have interesting stories to tell and witty observations to make about Irish life over the years, there is plenty of humour as well as poignancy in director Alex Fegan’s film.

Featured in the documentary is Tipperary's Jack Powell who was Ireland’s longest-serving veterinary surgeon and who talks about his time serving with the RAF. Sadly, Jack passed in February 2015.

The level of insight from those interviewed regarding social changes in Ireland over the years as well as their own reflections on the meaning of life itself makes Older than Ireland a rewarding viewing experience. 'Older Than Ireland' will be screened in The Source Arts Centre in Thurles on Wednesday, February 10th at 8pm. Is there a centenarian in your family? The Source Arts Centre is offering free admission to anyone one hundred years ‘young’ or more to the screening of this award-winning documentary.

Tickets for the screening are priced at €9 (€7 with a concession and €5 for Film Club Members).

People in Tipperary can expect the best of the arts in 2016 with local organisations already planning festivals, music, dance, exhibitions and much more according to the Arts Council. Announcing its funding decisions in its grants programmes, the Arts Council, said it would invest over €256k in Tipperary based organisations with a proven track record of delivering great arts experiences for people all over the county and beyond. The grants form part of the annual investment strategy which support the Arts Council as it introduces its new ten-year strategy 'Making Great Art Work'.