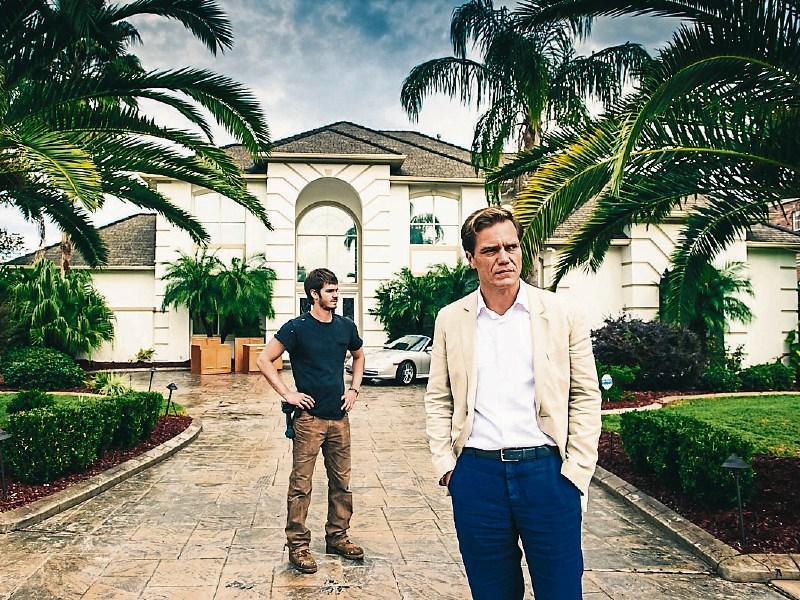 The Source Film Club will host a screening of '99 Homes' in The Source Arts Centre on Wednesday, March 9th at 8pm.

Here a young man evicted from his home ends up in a moral dilemma when he finds himself working for the ruthless bank representative responsible for turning him out on the street in director Ramin Bahrani’s '99 Homes'.

Set at the height of the economic downturn, the story centres on Dennis (Andrew Garfield), is a Florida construction worker who lives with his mother and young son and who is struggling to make ends meet due to a lack of work.

Unable to keep up his mortgage payments, he receives a visit from Rick Carver (Michael Shannon), an unscrupulous real estate agent specialising in foreclosures who evicts Dennis and his family from their home.

In an act of desperation Dennis takes a job offer from Carver to work for him.

Soon he’s removing distressed families from their homes himself while the money he earns allows him to look after his family once again.

However, as he begins to slide further into Carver’s corrupt world he is forced to examine his own conscience before it’s too late.

'99 Homes' presents the audience with a powerful look at how an economic crisis can push ordinary people to their limits.

The film '99 Homes' will be screened in The Source Arts Centre in Thurles on Wednesday, March 9th at 8pm.

Tickets are priced at €9 (€7 concession and €5 for film club members).

For more information please call the box office on 0504 90204 or visit www.thesourceartscentre.ie.