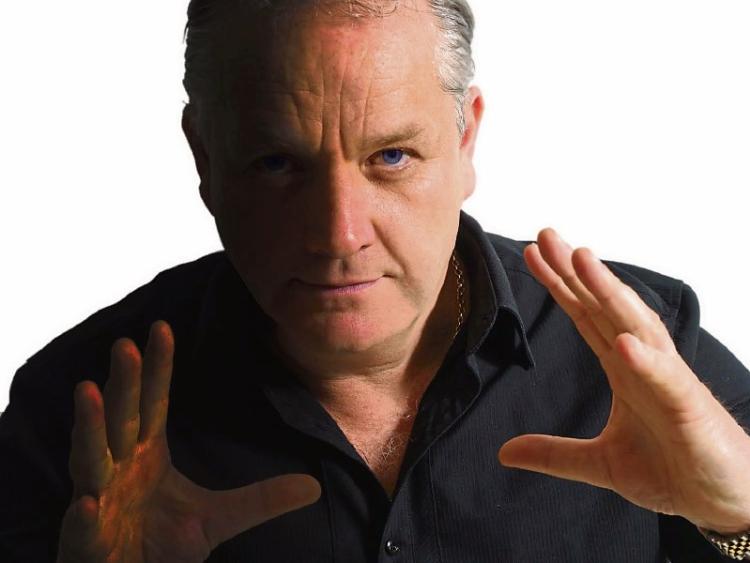 Adrian Knight's 'Comedy Hypnosis' will feature at The Source Arts Centre in Thurles on Saturday, March 12th at 8pm.

Adrian Knight is one of Ireland’s foremost comedy hypnotists. He has delighted and excited audiences for more than fifteen years, playing to packed shows and entertaining tens of thousands of people every year.

An experienced performer and professional hypnotist, Adrian is able to tailor each show to match the audience whether it’s a private party, a conference, wedding or corporate dinner. His shows can last for up to two hours and are packed with fast-moving stories and audience participation.

Adrian’s performances are great fun and have been described as one of the most entertaining shows on the circuit with hilarious results.

He has travelled worldwide appearing in New York, Boston, Paris, the Caribbean, throughout Europe and has also entertained audiences on some of the world’s finest cruise ships.

During the hypnotism show Adrian Knight makes volunteers from the audience believe they are famous pop stars, film actors and ballet dancers. He can command people to act like chickens and goldfish and make others believe they are Martians.

Can you see yourself on stage? Get a gang together for a night of comedy gold at your local arts centre.

Adrian Knight's 'Comedy Hypnosis' will feature at The Source Arts Centre in Thurles on Saturday, March 12th at 8pm.

Comedian Abie Philbin Bowman's stand-up show 'Developing the Country as a Hole' will feature at The Source Arts Centre in Thurles on Saturday, April 2nd at 8pm.

Are Irish people scared that if we don’t buy a house someone will steal it from us for eight hundred years? And, what’s the point of marriage? Is it to find someone, who freakily resembles one of your parents, so you can spend eternity, having the same three arguments?

'Developing the Country as a Hole' is the new stand-up show from Abie Philbin Bowman. An hour with Abie will bring you on a fast-paced journey of personal anecdotes, current affairs and subversive political satire, punctuated with nerdy humour of the so-bad-it’s-good variety.

This is a comedy show about rejecting emigration, buying a house, inflicting Ireland on your beloved and explaining the Irish political system by adding three letters to the end of every party’s name, to remind you what they stand for.

Bowman is a thoughtful and quick-witted comic and you will soon see why Abie has been chosen to warm up crowds for Andrew Maxwell, Trevor Noah and Reginald D Hunter to name but a few.

Comedian Abie Philbin Bowman's stand-up show 'Developing the Country as a Hole' will feature at The Source Arts Centre in Thurles on Saturday, April 2nd at 8pm.

To contact The Source box office please call 0504 90204 (Tuesday to Friday 10am to 5pm or Saturday 2-5pm). Alternatively you can book online at www.thesourceartscentre.ie.