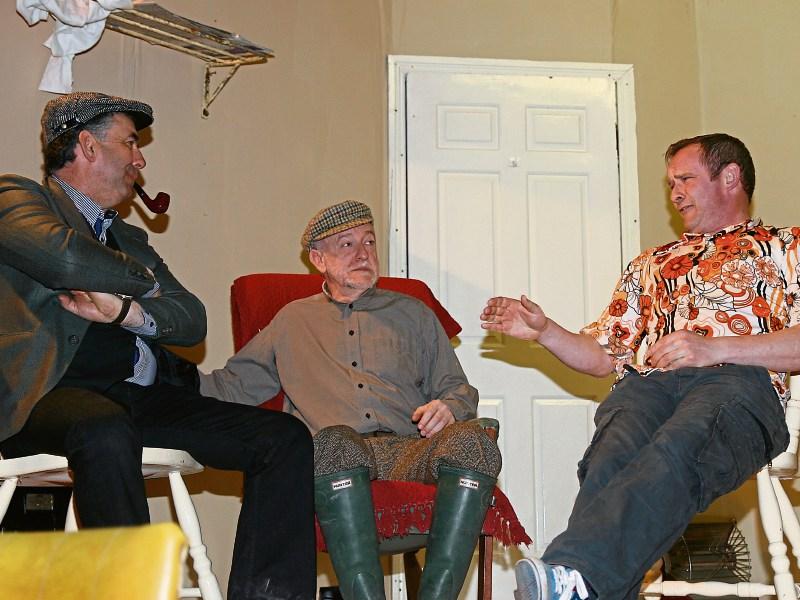 The Icarus Theatre Collective will present HP Lovecraft’s 'At the Mountains of Madness' at The Source Arts Centre in Thurles on Saturday, April 16th (8pm).

This production will represent a world premiere for Thurles, the first theatre adaptation of HP Lovecraft’s chilling masterpiece.

HP Lovecraft, the master of the macabre, is a pop culture deity. Long acknowledged as a master of nightmarish vision, Lovecraft established the genuineness and dignity of his own pioneering fiction in 1931 with his quintessential work of supernatural horror 'At the Mountains of Madness' - the deliberately told and increasingly chilling recollection of an Antarctic expedition's uncanny discoveries and their encounter with an untold menace in the ruins of a lost civilization is a milestone of macabre literature.

For nearly a century, this cornerstone of weird fiction has thrilled readers with its tale of a disastrous expedition to Antarctica, and the awful implications of what was discovered. Explorer William Dyer is brought vividly to life by Icarus Theatre’s Tim Hardy as the leader of the ill-fated expedition, trapped and tormented by visions of what he saw.

The Icarus Theatre Collective will present HP Lovecraft’s 'At the Mountains of Madness' at The Source Arts Centre in Thurles on Saturday, April 16th (8pm).

For all bookings and enquiries please call the box office on 0504 90204 (Tuesday to Friday 10am to 5pm, Saturday 2-5pm) or alternatively you can book online at thesourceartscentre.ie.

Starcamp, the children’s performing arts network, is reminding parents that plans are advancing for nine Tipperary summer camps which take place during July and August next.

Supported by banana importer Fyffes the week-long camps (for boys and girls aged 4-12) are designed to teach performance and build confidence amongst those taking part through song, dance, drama and games.

Bookings received before May 6th will be entered in a draw for a holiday in Portugal. For further information please visit starcamp.ie.

Snackbox Films, the award-winning production company behind last year’s smash hit cinema documentary ‘Older Than Ireland’, is looking for interviewees for its latest feature documentary entitled 'Under The Clock’.

'Under The Clock’ will tell the fascinating stories of a whole generation of people from all over Ireland whose relationships began under one of Ireland’s most iconic landmarks - the Clery’s clock. The clock has been a firm fixture on Dublin’s O’Connell Street since the 1920s and it served as an ideal rendezvous point in the nation’s bustling capital.

If meeting ‘Under The Clock’ holds a special meaning for you, then Snackbox Films wants to hear about it - you can email the Snackbox team on theclock@snackboxfilms.com or phone them on 01 4100500. Alternatively please see snackboxfilms.com.

The play 'Madame de Markievicz On Trial’, written by Ann Matthews and directed by Anthony Fox, comes to the Source Arts Centre in Thurles on Wednesday, April 13th.

When it comes to the women, who took part in the Rebellion, Madame de Markievicz is the most well-known. The Countess was tried by court martial in the aftermath of the Rebellion, but this drama is set in a criminal court and is a fictional calling to account of the Countess for the death of police constable Michael Lahiff on Easter Monday 1916.

Was de Markievicz a fantasist, did she like dressing up in military fatigues for the fun of it, or had she thought all this through? Indeed, the prosecution does try to paint a picture of a silly woman, who is close to penury and is really something of a loose cannon. The Thurles audience will be the jury as they will decide the verdict, innocent or guilty.