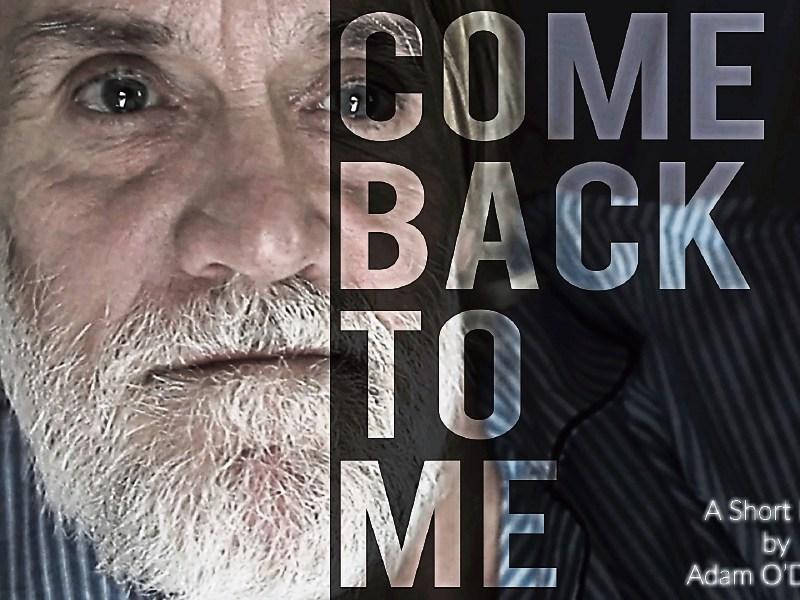 Thurles-based filmmaker Adam O’Dwyer has just released his new short film 'Come Back to Me'.

The film is a fictional story about the affect Alzheimer’s Disease can have on a family and the tragedy that has befallen them because of it.

Production on the film began in late 2015 and ran into early January. Due to a number of problems which occurred during production the release of the film was delayed by two months.

Despite the delayed release, the film has received a warm reception and has been referred to by film enthusiasts and filmmakers as “emotive”, “extremely powerful” and “absolutely brilliant”.

“This was definitely the most difficult film I’ve ever made purely because of it’s topic. A lot of people who see it will be emotionally invested because everyone knows someone with Alzheimer’s. The writing process took a few months because I put a lot of pressure on myself to make sure that the script I wrote was true to life. I didn’t want to write a euphemistic script on Alzheimer’s and so ‘Come Back to Me’ is very much a tragedy. I’m delighted with the response so far and I hope that it gets people thinking about the families that are also victimised by the disease. A massive thank you to the fantastic cast and crew who really gave this project everything they had,” Adam O'Dwyer said.

“The idea behind this film was quite an important one. I think sometimes the tragedy behind diseases like Alzheimer's needs to be shown, even if it isn't pretty. The film was shot over a couple of days in Thurles and it was brilliant to have such a talented cast and crew working with us. I had the role of first assistant director and it's true to say my job was made easier by their dedication and it was great working with Adam as always,” explained first assistant director Eoin Corbett.

“Playing this role was a challenge and also a massive privilege. So many people around the world suffer with Alzheimer's and if this beautifully-made short film can help raise awareness of the effects this illness has on not only the sufferer, but the family as a whole then our job is done,” added lead actress Noelle Clarke.

“I think it will resonate on a very deep level with people affected by Alzheimer’s,” explained production assistant Fionn Cleary, “it was extremely generous and very fortunate that the St Theresa’s Nursing Thurles home let the crew film there.”

“Their kindness and willingness to help us made filming the hospital scene with ease. A huge thank you to Ann Fitzpatrick and Maureen Kearney for the help they gave us that was vital to the film,” added Adam O'Dwyer.

BTS videographer Ayrton Ryan Casey said: “The whole experience was great as I got to learn that making a film isn't all that glamorous that its made out to be. It can be stressful, but we worked hard and the end result has turned out fantastic. I hope to work with Adam again as he is a great director”.

“The making of this film was really a community effort. I’m baffled at how so many people got involved and went above and beyond to make it happen. There are some amazing people in Thurles and in the surrounding areas and the support they gave us will not be forgotten,” 19-year-old filmmaker Adam O'Dwyer said.

The intention behind the film is to raise awareness about the disease and to encourage families to seek further help from organisations when necessary. If anyone is affected by the film then please visit alzheimer.ie.

The short film ' can be seen for free on YouTube.