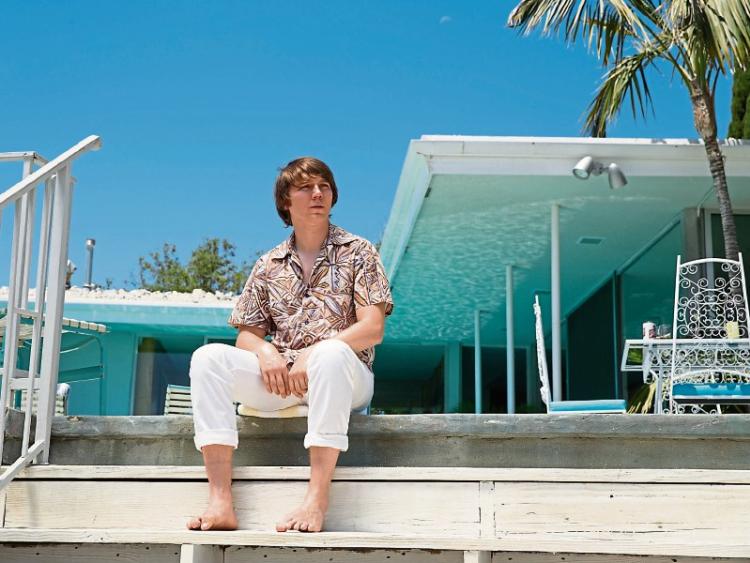 The Source Film Club will host a screening of 'Love and Mercy' at The Source Arts Centre in Thurles on Wednesday, April 27th at 8pm.

Singer-songwriter Brian Wilson of the Beach Boys is the subject of director Bill Pohlad’s biopic 'Love and Mercy' which focuses on two distinct periods in the singer’s life: his creative peak and subsequent battle with mental illness during the 1960s and his attempts to overcome his troubles during the 1980s.

We first encounter Wilson in the 60s, played here by Paul Dano, at the height of the Beach Boys fame as he decides to quit playing live with the rest of the band in order to stay working in the studio where he is putting together what will become the ground-breaking album Pet Sounds. However, a turbulent relationship with his father, drug use and mental illness soon take their toll as he tries to complete the record.

Meanwhile the 80s phase sees an older and mentally-broken Wilson (John Cusack) struggling to escape from the control of a manipulative guru who has taken over his life. However, a budding romance with kind-hearted car saleswoman Melinda (Elizabeth Banks) offers a way out and hope of a better life.

Music fans will enjoy this absorbing drama which shines a light on two significant phases in the life of one of music’s creative geniuses.

The Source Film Club will host a screening of 'Love and Mercy' at The Source Arts Centre in Thurles on Wednesday, April 27th at 8pm.

For more information or to book your ticket please call the box office on 0504 90204 or alternatively you can visit thesourceartscentre.ie.