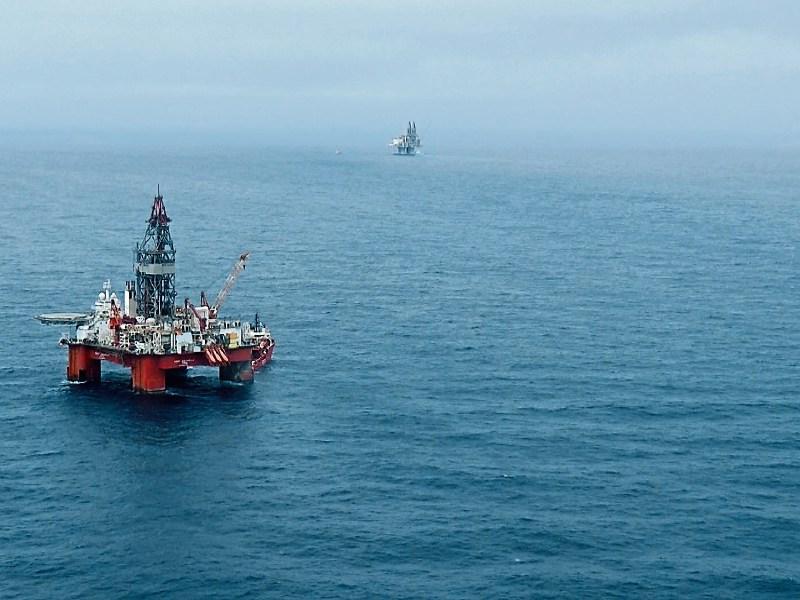 Cahir filmmaker Risteard Ó Domhnaill's powerful documentary 'Atlantic' on will go on general release from April 29th - this new film from the maker of 2010’s 'The Pipe' explores the murky world of ocean resource mismanagement.

Emmy Award-winning actor Brendan Gleeson narrates the feature-length film which was shot in Ireland, Norway and Newfoundland (Canada) by Scannáin Inbhear (Inver Films) - 'Atlantic' was awarded best Irish documentary at the recent Dublin International Film Festival. Indeed, Brendan Gleeson described 'Atlantic' as “an engrossing piece of truth-seeking, visually stunning and crafted with clarity and insight. It was an honour to be involved”.

After previously taking a behind-the-scenes look at Ireland’s Corrib Gas controversy, Ó Domhnaill realised that a wider story of resource mismanagement was emerging - one that needed to be told for the sake of coastal communities everywhere.

'Atlantic' follows the fortunes of three small fishing communities as they struggle to maintain their way of life in the face of mounting economic and ecological challenges. As the oil majors drive deeper into their fragile seas and the world’s largest fishing companies push fish stocks to the brink, coastal people and the species they rely on may be reaching a point of no return.

In Norway, fishermen and their resource have historically been aggressively protected by national authorities, but as oil fields dwindle and the country now looks to add to its reserves Arctic cod fisherman Bjornar Nicolaisen is campaigning against seismic testing by the oil explorers criss-crossing his fishing grounds. On the outer edges of Norway’s five-star economy, seismic blasting is threatening to blow Bjornar’s livelihood out of the water.

Across the ocean in Newfoundland, where an oil boom has hit, fisherman Charlie Kane will likely be the last of his generation to work the sea, after a cod fishing ban in the 1990s brought a world-renowned industry to a halt overnight. Yet Charlie is thankful his sons can now make a good living on the oil rigs and won’t need to toil in small boats on Newfoundland’s perilous Grand Banks. But now, as oil prices plummet, their village is once more taking on water as the the quick money of the black gold rush begins to run dry.

Meanwhile on the west coast of Ireland, Jerry Early has seen the heart ripped out of his island after a ban on drift netting for wild salmon. As he fights to regain his fishing rights, he’s up against a government which takes orders only from the European Union. As foreign super-trawlers operate with impunity just offshore, Jerry feels like a criminal on his own boat. The circumstances could be dire if he defies the new order of the ocean, but as the unofficial “mayor” of a dying island, Jerry feels he has to face up to powerful interests before it’s too late.

Filmed in some of the most remote and breathtaking locations in the North Atlantic, and at close quarters with some of the sea’s most captivating characters, 'Atlantic' brings these very personal stories in a vital resource debate to the fore and explore how three modern day communities must learn from the past in order to secure a brighter future.

“My last documentary, 'The Pipe', told the story of a small coastal community as they faced down one of the world’s most powerful oil companies, which was forcing a high-pressure raw gas pipeline through their farms and fishing grounds,” Risteard Ó Domhnaill explained.

“The story raised more questions for me than it answered, leading me to look at the politics of our oil and gas prospects off the Irish coast. What has since unfolded is an incredible story of resource mismanagement and the capture of our offshore riches - oil, gas and fishing - whilst our gaze is elsewhere. Unfortunately, what I found when I looked across the Atlantic is that Ireland’s tale is not unique. However, in both Norway and Newfoundland, the lessons learned by similarly affected communities can help us to chart a different course, before our most renewable resources are damaged beyond recognition, or sold to the highest bidders,” Risteard Ó Domhnaill added.

'Atlantic' will go on general release from April 29th while a screening will feature in the Cahir House Hotel on May 5th, the Nenagh Arts Centre on May 11th and in The Source Arts Centre on May 18th. For more details on this fascinating project visit theatlanticstream.com, find Atlantic Stream on Facebook or follow @AtlanticStream on Twitter.