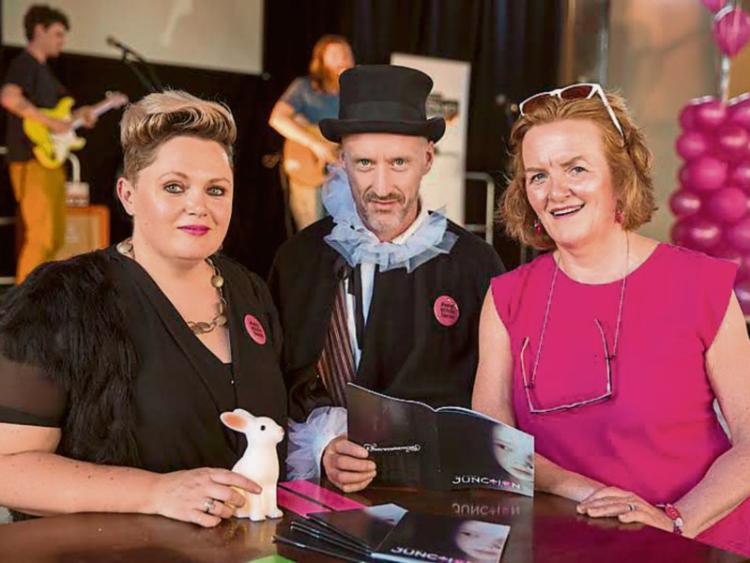 The Clonmel Junction Festival, which will feature over one hundred events in more than thirty venues over seven days, will take place from July 4th to 10th.

The story of Bridget Cleary is immortalised in children’s rhyme. Folklore tells us that this Tipperary woman, the victim of dangerous superstitious beliefs, was the last witch burned in Ireland in 1895, after her husband Michael and family members suspected her of being possessed by a fairy.

Inspired by her story, the 2016 Clonmel Junction Festival embraces Bridget - the entrepreneur, the seamstress, the milliner - while at the same time celebrating Irish folklore, fairy tales and witches through it’s bustling and varied 2016 festival programme.

The week will feature a number of highlights - for a full brochure please see junctionfestival.com.

Some of the highlights include . . .

The Bulmer's free music trail will see a host of different acts coming to Clonmel from Cian Nugent to the Young Folk and Kaara to Karen Underwood - come and enjoy some soul, folk, funk and trad sounds during the festival.

There’s exquisite food and intrigue at the ‘Murder Mystery Night’ while the pop-up Eat Me Drink Me Cafe serves eat me cakes and drink me potions. Meanwhile the award-winning Japanese chef Takashi Miyazakiwill will celebrate the festival of Tanabata with a fine dining experience in Mitchelstown Cave.

To bring the festivities to a close CJF16 will host a Witches & Fairies Rave hosted by the Lords of Strut in a secret location for thirty minutes, hard core on the dance floor - admittance only to witches or fairies - get creative!