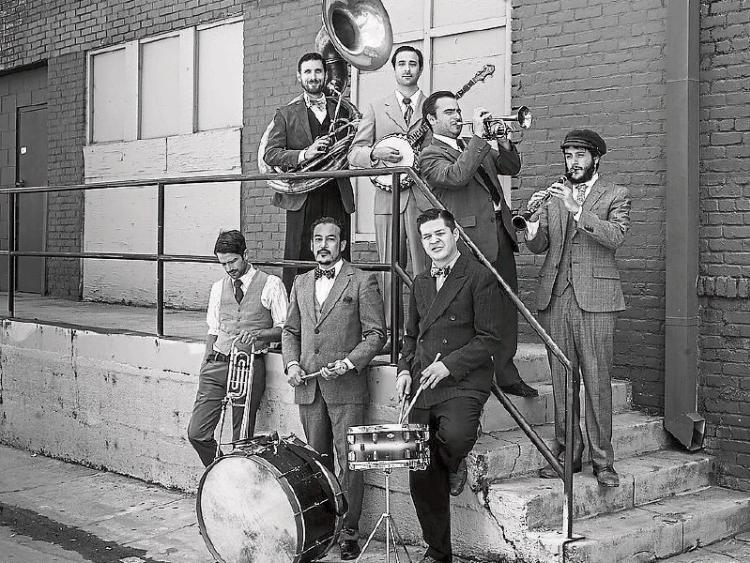 It will be held in the garden of Raheen House Hotel, the group's first outdoor gig !

The headliners are a great 7 piece band from Los Angeles USA, called The California Feetwarmers.

They are a lively band and were nominated for a US Grammy award in 2015, when they featured on blues singer-guitarist Keb' Mo's song ” The Old Me Better”, which was shortlisted in the Best American Roots Performance category.

Masters of Ragtime, Dixieland Blues and early Swing musical genres, The Feetwarmers are renowned for an earthy depth of character that sets them apart from others who have followed that throwback path to New Orleans USA, circa 1920.

Their boisterous on-stage antics are solidly underpinned by playing that is as close to the source as it can be.

They have a support band on the night, Leila Jane & The Healers, from Dublin. This is an up and coming band who play great Blues/Folk/ Country music.

The California Feetwarmers: 8.30pm-10.00 (no interval). In the event of bad weather the gig will move indoors.