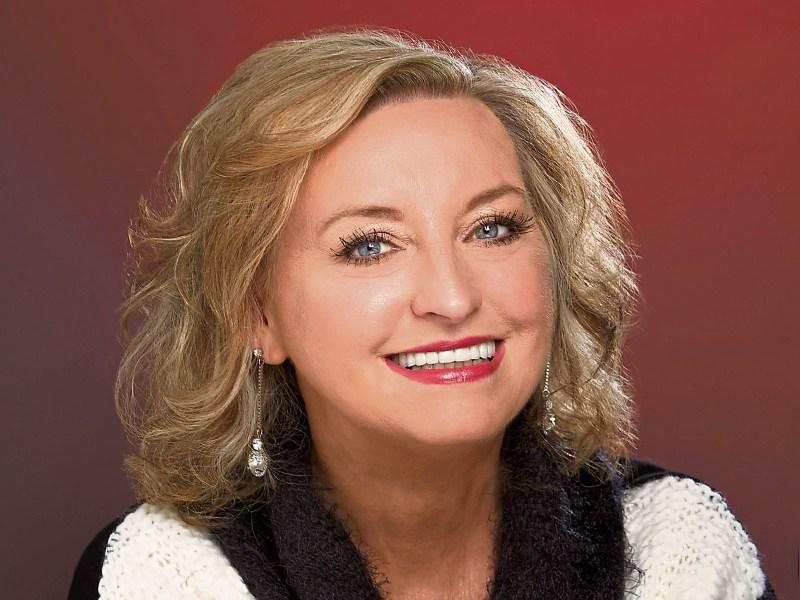 Ms Storm first shot to fame & wowed West End audiences for her portrayal of Mrs Johnston in Blood Brothers. Over the past 30 years Rebecca Storm has established herself as one of the most popular leading ladies in musical theatre playing some of the most demanding roles including Eva Peron in ‘Evita’, Fantine in ‘Les Miserables’, Florence in ‘Chess’, Rose in ‘Aspects of Love’, Edith Piaf in ‘Piaf’, Joan of Arc in ‘Jeanne’ and most recently Miss Hannigan in ‘Annie’. Her successes to date have brought her both acclaim and respect and more than qualify her title as the undisputed leading lady of Irish musical theatre. Those who attended her last concert in Terryglass in August 2010 will remember Rebecca’s diversity, powerful range and engaging wit as she performed hit after hit from stage and screen.

After many years in London’s West End theatre world Rebecca has now made Ireland her home and is more than thrilled with the honour of having her handprints set on the famous ‘Gaiety Theatre Walk Of Fame’.

Terryglass Festival Chairperson Emma Pearce is looking forward to welcoming back Rebecca Storm, her band and backing singers to Terryglass: “Terryglass Arts Festival is delighted to have an artist of Rebecca’s calibre and reputation as the headline act of the festival. Rebecca is a consummate performer who has constantly gained rave reviews over a career spanning 30 years and I know that Terryglass audiences will enjoy a wonderful evening of music and song!”

Tickets are priced at €30 and are available online from Monday, July 25th - visit terryglassartsfestival.ie.