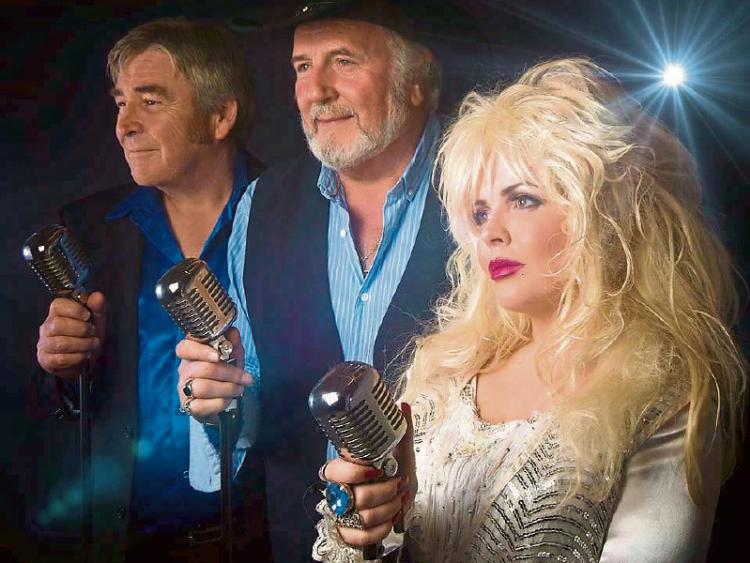 On Saturday, August 20th the Nenagh Arts Centre will feature the American Country Legends when Joe McGreevy (Kenny Rogers), Rachel Phillips (Dolly Parton) and Adam McDonald (Neil Diamond) take to the stage backed by five-piece band Conspiracy. This is a show not to be missed by lovers of American country music.

American Legends is a celebration of the very best in American country music. It features fabulous tributes to US music legends Kenny Rogers, Dolly Parton and Neil Diamond as well as a host of other well know hits from Shania Twain, Reba McEntire, Hal Ketchum and Roy Orbison.

The show features a line-up of top local performers including veteran entertainer Joe McGreevy (Kenny Rogers), who has fronted some of Ireland’s top showbands. Dolly Parton’s best-known songs are performed by rising star Rachel Phillips while Adam McDonald, known across the country for his Neil Diamond tribute act, delivers the superstar’s greatest hits.

The Nenagh Arts Centre will host American Country Legends on Saturday, August 20th (8.30pm to 10pm). Tickets for the show are priced at €22.50.

The Nenagh Arts Centre will host the Movie Maker Workshops from Wednesday, August 10th to Friday, August 12th (10am to 4pm - cost: €85).

Over three days, and facilitated by CreateSchool, you will collaborate with other creatives to plan, script, storyboard, film, edit and learn how to effectively add audio to produce your own short films. Using mobile digital devices and a selection of apps you will gain skills and tips that you can take home and master with your own projects.

This series of workshops is suitable for ten to sixteen-year-olds - spaces are limited so those interested are encouraged to book early to avoid disappointment.

The short film 'Deirdre', which was‬ shot in Nenagh and Templederry (starring India Mullen, Zeb Moore, Elaine Fox and Sean Doyle) will be screened on Saturday, August 13th at the Nenagh Arts Centre at 3pm and 7pm. It is free to attend.