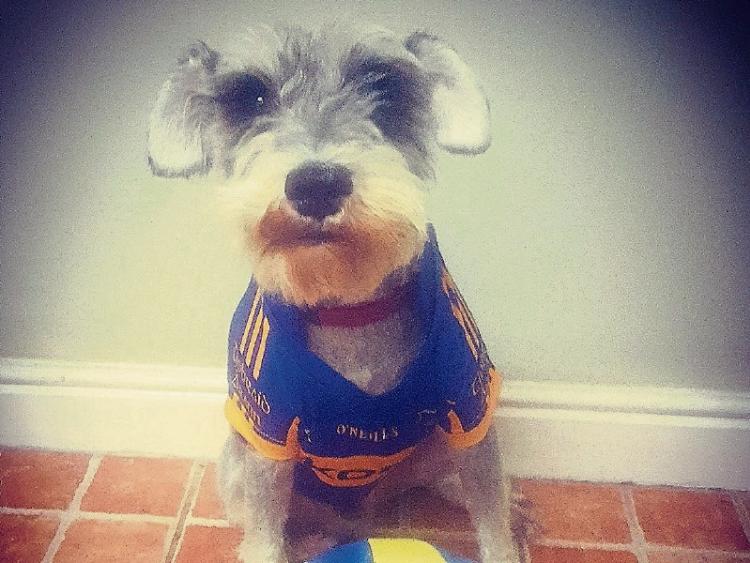 A Tipperary pooch is calling on his county to help him be crowned the 2016 Nose of Tralee.

One year old Jeff, a salt and pepper miniature schnauzer, was nominated by his owner Niamh Maher from Clonmel earlier this year in a nationwide competition run by Pet Sitters Ireland to find Ireland's best loved animal.

"It started off as a bit of fun. I saw the competition and I thought why not. Jeff is a great family dog but he has a habit of stealing people's socks and we entered him in to help steer him away from his mischievous ways," jokes Niamh.

However if Jeff is lucky enough to take the crown, Niamh says he will work hard to promote animal awareness- a subject close to her heart.

"Jeff is incredibly well looked after at home. He would definitely work hard to campaign for animal welfare causes because every animal deserves to be spoilt like him."

Niamh also says that Jeff has been loving his new found fame as the Tipperary Nose and proudly wears his sash whenever he gets the opportunity as well as modelling for his own Instagram page which has over 100 followers and counting.

"He's like the third child in the house he's so well treated. We couldn't ask for a friendlier and more loving pet."

Earlier this summer, Jeff was officially crowned the Tipperary 'Nose' in a nationwide competition run by Pet Sitters Ireland following over 1,200 public entries.

"We want Tipperary to take all three titles this summer. The hurlers, footballers and now Jeff- bring all titles back to the premier county," adds Niamh.

Cast your vote for Jeff on http://wshe.es/yDCoXN6y