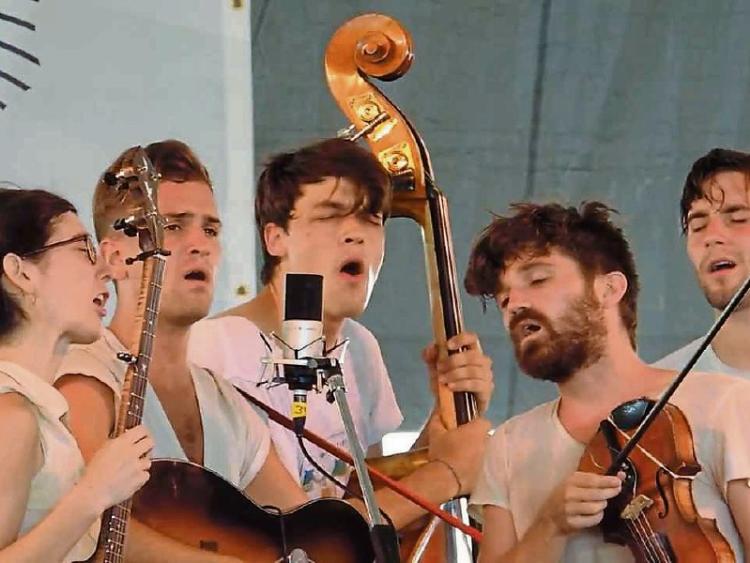 Clonmel World Music returns to Raheen House Hotel after its summer break with a special New York Double bill on Wednesday, 17th August, which it is calling “The New York Sessions”.

Clonmel World Music is delighted to welcome back Spirit Family Reunion from New York. Support on the night is provided by a great singer called “Twain”, also from New York.

Spirit Family Reunion played Clonmel in September 2012, and such was the reaction Clonmel World Music had to get them back again.

“It has taken us 4 years to get them to come back to Ireland, but it will be worth the wait” says Gerry Lawless of Clonmel World Music.

“In 2012 we had the pleasure of organising a full Irish tour for them, this time they are coming over to Europe to play at the famous Tondor Festival in Denmark and will be touring in Germany, Holland, Spain and the UK as well. They are coming over to Ireland to play two Festivals , and Clonmel is the only date in the Republic outside of these”.

They all sing solo and amazing harmonies, and SFR have shared stages with the late Levon Helm and the Del McCoury Band. This band have made numerous Newport Folk Festival appearances and they have toured with Alabama Shakes, Trampled By Turtles, Felice Brothers, and David Wax Museum, among others.

Spirit Family Reunion play homegrown American music to stomp, clap, shake, and holler with. Ever since they started singing together on the street corners, farmers' markets and subway stations of New York City, their songs have rung-out in a pure and timeless way. When Spirit Family Reunion gather to sing, there is communion. It is high energy music with well written songs delivered with passion and great musicianship.

Spirit Family Reunion isn’t from Appalachia or the plains; the band is from Brooklyn. Its music, though clearly Americana-based, casts a wide enough net to elude classification.

”We don’t really have a definition for it,” says guitarist Nick Panken. “A lot of people call us a bluegrass band, which is false. Some people call us an old-time band, which is also false. But we definitely are very inspired and take a lot from those traditional bands”. “Our music could be called Open-door gospel, I guess.” adds fiddle player Matt Davidson.

They have self-produced and self-released two full-length albums ("no separation" 2012 & "hands together" 2015) as well as multiple songbooks and other collections of recordings.

Twain is Mat Davidson, a former member of The Low Anthem, and a member of Annie & The Beekeepers and Spirit Family Reunion. On his own he creates beautiful and sincere tunes that blend folk, Americana and country. Twain has released an album, Life Labors in the Choir, which came out in 2014.

Doors for the gig will open at 7.30pm, with running order as follows:

Twain will open the show at 8.15, with Spirit Family reunion taking to the stage at 9.00