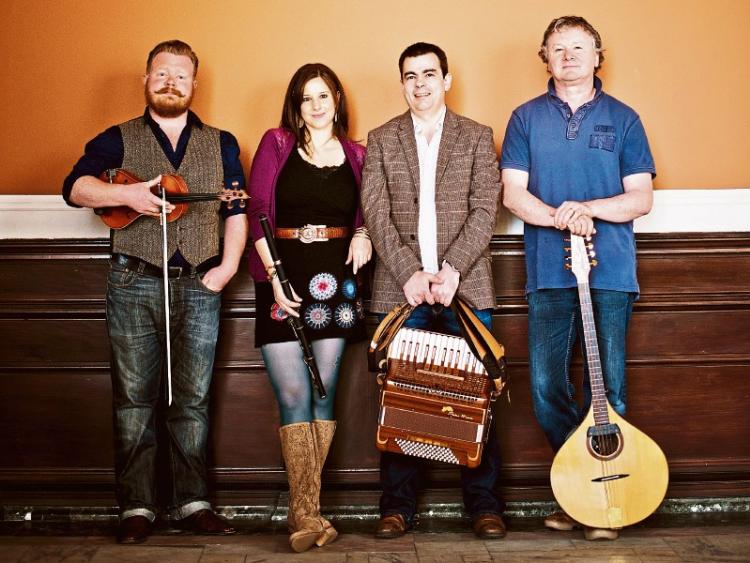 Clonmel World Music is especially grateful for sponsorship from Clonmel Credit Union and Premier Music Store, Clonmel which to allows them to bring this show to Clonmel.

The result of this combination is sheer musical synergy in its most natural form which brims with powerful instrumentals, alluring songs and buoyant harmonies, a wonderful union of Scottish and Irish traditional and folk music from true masters. Originally put together as a once-off collaboration, the idea has since been developed into a global headlining act and their performances have been praised for leaving audiences spellbound.

Alan Kelly has long been declared as Ireland’s innovative piano accordion maestro and not only described by New York’s 'Irish Voice' as “in league with the best piano accordionists in the world”, but also credited with “making the piano accordion hip in Ireland again” ('fRoots'). He is joined by acclaimed New York singer, soprano Saxophonist and flautist Steph Geremia, the masterful and innovative guitarist Ian Carr, with Kevin McGuire on upright bass.

Eddi Reader has effortlessly developed into one of popular music’s most thrilling and affecting performers, with an MBE, a number one single and seven acclaimed solo albums behind her. Eddi is joined by husband John Douglas, a highly-gifted songwriter and guitarist and member of the Scottish band The Trashcan Sinatras.

Doors open at 8pm with the show starting at 9pm prompt.

This show is sold out, but there is a waiting list in place at Premier Music in the event of ticket returns before the gig. Please call into Premier Music or phone Gerry Lawless on 086 338 9619.