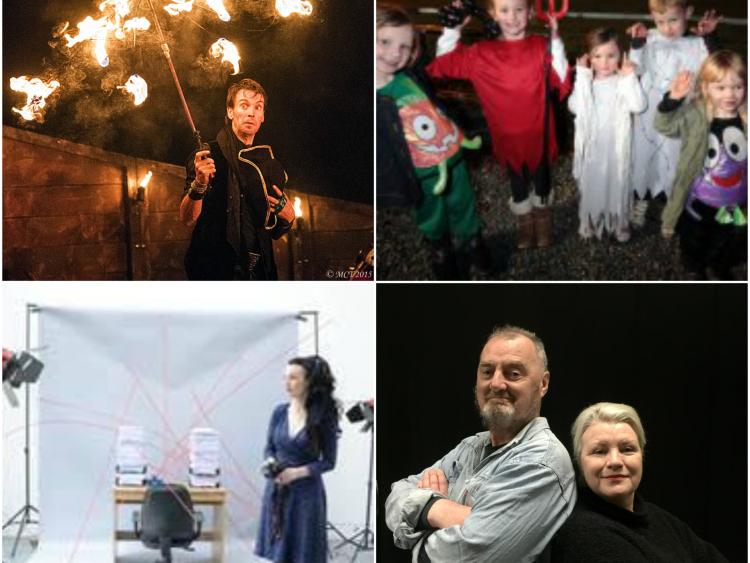 Round up of top events not to be missed in Tipperary.

Jon Kenny and Mary McEvoy return to the Source Arts Centre with their acclaimed production The Successful TD based on the John B. Keane novel The Letters of A Successful TD and An Irish Minister of State. The Successful TD follows the trials, tribulations, misadventures and hilarious antics of Tull McAdoo as he seeks re-election to the Dáil in the October Elections. Tull has roped in the help of his faithful daughter Kate while his wife nurses her various ailments in bed or Lisdoonvarna , but his arch enemy Flannery the local school teacher plans to scupper the election for Tull. While written by Keane in 1967, his uncanny edge for humor and satire remain uncomfortably close to the politics of today while his host of madcap characters will have you laughing at politics from start to finish. The Successful TD runs on Saturday 29 October at 8pm at the Source Arts Centre Thurles. Tickets are available by calling the Box Office on 0504 90204 or visit www.thesourceartscentre.ie

Countdown is on for Spleodar Fest

Nenagh will come alive this Bank Holiday weekend as the Spleodar Halloween Festival makes a welcome return to the town once again. Firework displays, fancy dress and a little bit of spooky magic are all on the bill.

Thurles Halloween Fest will run until Monday 31st Oct. Full line up of events at thurleshalloweenfestival.com

Don't miss international artist Aideen Barry at Raheen House, Clonmel on Monday, November 7th at 3pm. Aideen will be in house to discuss her work and take part in a Q&A session with guests. See www.designfest.ie for more.

Rock star Hazel O'Connor has returned to her soul roots to perform with celebrated Irish harpist Cormac de Barra at Nenagh Arts Centre on Friday November 4 at 8pm. From initially catapulting to stardom with a starring role in Breaking Glass and the ensuing hit singles "Eighth Day", "D-Days" and "Will You that followed, Hazel continues to tour extensively delighting audiences along the way, winning over fans old and new. Hazel now divides her time between France and Ireland and continues to perform extensively. Tickets cost €20 and are available on nenagharts.com. For more information call 067 34400